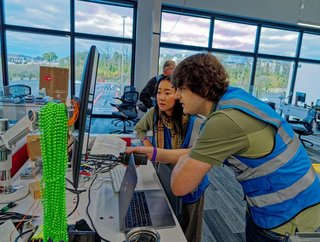 Cruise control systems powered by AI could end “phantom” traffic jams, according to researchers working with leading automakers in the United States

A single vehicle equipped with artificial intelligence could influence the speed and driving behaviour of up to 20 surrounding cars in a positive “ripple effect”, say researchers following a five-day test on a stretch of road in Nashville.

The Congestion Impacts Reduction via CAV-in-the-loop Lagrangian Energy Smoothing project – or CIRCLES, as it is better known - aims to reduce instabilities in traffic flow called "phantom jams" that can cause congestion and waste energy.

The CIRCLES Consortium will spend the next several months analysing data collected on the AI-equipped vehicles and their impact on the flow of traffic over the duration of the experiment.

"Nissan has always been a pioneer in automotive innovation, and with our long-term vision, Nissan Ambition 2030, we know our future is autonomous, connected and electric," says Liam Pedersen, Deputy General Manager at the Nissan Alliance Innovation Lab in California's Silicon Valley. "CIRCLES shares our common goal of building a safer, cleaner world by empowering mobility."

The test was conducted on the recently opened I-24 MOTION testbed, the only real-world automotive testing environment of its kind in the world. Stretching for four miles just southeast of downtown Nashville, the smart highway is equipped with 300 4K digital sensors capable of logging 260,000,000 vehicle miles of data per year.

"When it comes to transportation and mobility in Tennessee, we are at a critical juncture," says Deputy Governor and TDOT Commissioner Butch Eley. "Traffic congestion is now becoming more prominent throughout Tennessee, and not just in urban areas. Addressing these challenges will force us to think critically about solutions, as transportation infrastructure projects traditionally are not identified nor completed before traffic congestion more dramatically affects our quality of life."

The CIRCLES Consortium research is supported by the National Science Foundation and the US Departments of Transportation and Energy. Support was also provided by Toyota North America and General Motors. The experiment included Toyota RAV4 and Cadillac XT5 vehicles.

"By unlocking a new understanding of how these vehicles influence traffic, vehicle, infrastructure, and traffic management strategies, design can be optimised to reduce traffic concerns in the future to improve safety, air quality and fuel efficiency," says Meredith Cebelak, Adjunct Instructor in Civil and Environmental Engineering at Vanderbilt and Transportation and Transportation Systems Management and Operations Department leader at Gresham Smith.”