Americans face up to an explosion of recognition technology 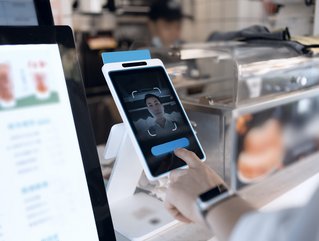 A new report claims more than 131 million Americans use facial recognition daily, with nearly half using it to access three applications or more each day

A new report has unveiled high levels of consumer adoption of facial recognition, particularly among Gen Z and millennials, for multiple mobile applications and consumer venues, including airports, banks and medical offices.

FaceMe | Face of the Future, published by AI facial recognition technology provider CyberLink, looks at how consumers use this technology and presents several discoveries, including:

“There’s this perception that people are not ready for facial recognition technology, yet, almost all of us are using it every day in one way or another,” says Dr Jau Huang, Chairman and CEO of CyberLink. “New use cases for AI-based computer vision and facial recognition are constantly emerging. The explosion of mobile apps, the password nightmare they generated, and the face login solution that followed drove initial adoption in the mass market. Now, many see AI-based automation as a key solution to the current labour crisis. Traditional and online businesses are applying facial recognition to a wide set of activities, ranging from security and access control to self-service, statistics, and the many facets of customer experience. Be ready, there is a lot of facial recognition coming ahead!”

The study, carried out online with the third-party research firm YouGov, uncovered not only that consumers are ready for facial recognition use in new settings but also that they expect certain guarantees (such as the choice to opt out) to support its use.

The office (39 per cent), hotels (30 per cent), sports stadiums (29 per cent), public transportation (28 per cent), retail and grocery stores (26 per cent) and restaurants/bars (23 per cent) were all also selected by more than 1 in 5 of these consumers as settings they’d be comfortable opting-in to using facial recognition technology.

Shopping, eating and travelling most popular for face recognition

The highest percentage of those open to using facial recognition technology said they would be open to facial recognition while shopping at a store, eating at a restaurant or travelling if it better protected their data, personal information, and assets (54 per cent). A large portion said they would consider it for improved safety at their home and workplace (42 per cent).

Convenience was also important, with 45 per cent of those open to using facial recognition in these settings saying they would do so if it reduced time spent waiting in line and 43 per cent saying the same if it allowed them to get what they needed faster and more conveniently.

Ensuring proper mask-wearing (23 per cent), eliminating human contact (20 per cent), and getting a VIP experience (20 per cent) were all of lesser but not insignificant importance.