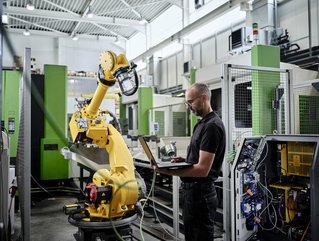 Robots and AI are more likely to be welcomed in countries with greater income and less inequality, as some workers fear for long-term jobs

Robots and artificial intelligence (AI) are becoming increasingly popular in the workplace but some people are reluctant to accept them, despite predictions the technology could add trillions to the global GDP by the end of the decade.

In a study by researchers with the University of Central Florida (UCF), workers in countries with greater amounts of income and social inequality were found to be more likely to perceive robots and artificial intelligence as job threats.

And with PwC research suggesting that 30% of jobs are at potential risk of automation by mid-2030s, how can this technology be integrated into society without affecting workers’ livelihoods?

AI is already working in the background in many aspects of our daily lives, influencing everything from our search results and our online dating chances to how we shop.

And AI, robotics and other forms of smart automation have the potential to bring great economic benefits, contributing up to US$15tn to global GDP by 2030 according to PwC analysis.

In the short term, research shows the largest impacts could be on sectors like financial services where algorithms can lead to faster and more efficient analysis. In the longer term, the development of autonomous driverless vehicles could mean that the largest impacts are seen in the transport sector.

In contrast, PwC predicts that while no sector will be unaffected by these technologies, areas like health may be relatively less affected due to a greater reliance on social skills and the human touch, with AI and robots set to work alongside human doctors and nurses using Robotic Process Automation (RPA) to mimic back-office tasks of human workers.

The UCF study, which examined countries in Europe, was published recently in the journal Technology, Mind and Behaviour, and study co-author Mindy Shoss, a professor in the university’s Department of Psychology, says the findings could also help better understand the issue in America.

“The U.S. always ranks pretty high on inequality and societal inequality,” she said. “Given that, I would suspect that there probably are, on average, similar negative views of AI and robot technology in the U.S.”

The researchers found a positive association between income inequality, as operationalised by an economic measure known as the Gini index, and perceptions that AI and robots pose threats of general job loss.

“There's a lot of potential for these technologies to help make work better by doing dangerous tasks or giving people more flexibility, but there's also some risk involved in these technologies,” said Shoss. “And the implication from our research is that if you're going to try to develop robots or AI technology in a highly unequal society, there might be more barriers to getting people to adopt that kind of technology.”

As a result, governments and businesses need to work together, PwC says, to help adjust to new technologies through retraining and career changes.

A culture of adaptability and lifelong learning will be crucial for spreading the benefits of AI and robotics widely through society, says the report.