Underachievers expose struggle to build AI in the enterprise 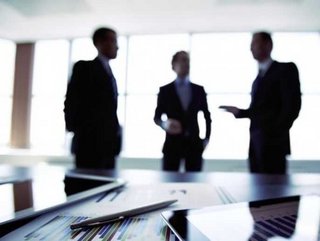 Managing risk and a lack of boardroom buy-in have emerged as the top challenges associated with scaling artificial intelligence projects, research reveals

Nearly all business leaders agree artificial intelligence (AI) is critical to business success over the next five years, according to new research, and 79 per cent have already deployed three or more AI apps in the workplace.

Deloitte's State of AI in the Enterprise surveyed 2,620 global business leaders representing six industry areas and found 94 per cent of respondents agreed AI is critical to success. However, the research also discovered a 29 per cent increase in the number of respondents who self-identify as "underachievers" and Deloitte says this suggests many organisations struggle to achieve meaningful AI outcomes.

Managing AI-related risk, lack of executive commitment and lack of maintenance and post-launch support were the top challenges associated with scaling.

Deloitte grouped organisations into four profiles — Transformers, Pathseekers, Starters and Underachievers — based on how many types of AI applications they have deployed and the number of outcomes achieved.

"Amid unprecedented disruption in the global economy and society at large, it is clear today's AI race is no longer about just adopting AI,” says Costi Perricos, Deloitte Global AI and Data leader. “But instead driving outcomes and unleashing the power of AI to transform business from the inside out."

Energy, resources and industrial companies are most likely to use AI to assist in decision-making at the highest levels of the company (50 per cent), while government operations are least likely to do so (39 per cent).

The report identifies four actions leaders can take to improve AI outcomes. The first is to invest in leadership and culture, says Deloitte, as the workforce is increasingly optimistic. Leaders should do more to harness that optimism for culture change, establishing new ways of working to drive greater business results with AI.

Companies also need to transform operations, as an organisation's ability to build and deploy AI ethically and at scale depends on how well they have redesigned their operations to accommodate the unique demands of new technologies, says Deloitte.

A third action would be to accept that technology and talent acquisition are no longer separate. Organisations need to organise their approach to AI based on available skillsets. The report found that most organisations still prioritise bringing new AI talent into the business from outside (53 per cent), rather than retraining existing workers (34 per cent).