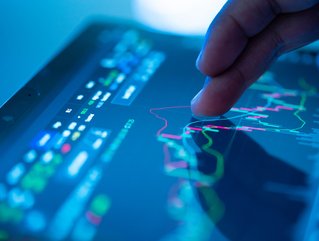 Research reveals increased regulatory requirements are driving investment in trade surveillance, with machine learning of critical interest to most banks

Over two-thirds of banks see machine learning technology as a critically important tool to tackle the increasing complexity of trade surveillance, as a shortage of skilled compliance staff means manual checks are slowing down business.

Global financial firms are increasingly looking to technology for efficiency, with a clear desire for more automated workflows, but driven by regulatory demands and exacerbated by volatility, the increasing complexity of trade surveillance requirements is putting pressure on manual processes and driving investment in automation, a new study by Acuiti has found.

Acuiti's latest report - Getting to The Risk Quicker: How Trade Surveillance Leaders Are Dealing With An Increasingly Complex Environment - investigates the challenges facing trade surveillance teams as regulations governing trading have grown in scope and the complexity of trading products and techniques has advanced.

The report found that firms traditionally faced a straight choice between developing their trade surveillance systems in-house or outsourcing to a third party. Both have their drawbacks and selling points, but a new generation of vendors brings together the best of both worlds through buy-and-build solutions.

This could change the equation for many firms that want to both respect guidance from regulators, which according to respondents prefer third-party surveillance solutions, and maintain the ability to customise systems to their best advantage.

"It's important to help compliance teams respond quickly and with as much detail to potential issues that arise with their surveillance alerts,” says Joseph Schifano, Global Head of Regulatory Affairs for Eventus. “Automation techniques enable analysts to work with the front office more efficiently, getting to the root cause of any potential issues.

“Analysts need to customise their technology and mitigate risk based on particular businesses, regulatory jurisdictions and trading activity. Today's surveillance system must enable its users to be nimble and responsive to a rapidly changing global environment while being explainable to the front office and regulators alike."

The pressure on the sell-side to maintain high-quality trade surveillance systems is immense and unlikely to abate any time soon, says Ross Lancaster, Head of Research at Acuiti. "Regulation and the volatility we have seen this year are creating sustained stresses on compliance desks, and this is increasing the case for strategic investment."