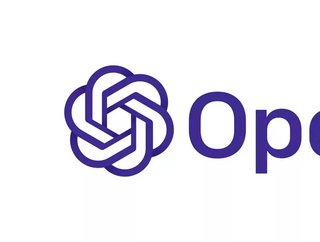 OpenAI has released Codex, a new machine learning tool that translates the English language into code

OpenAI has released OpenAI Codex, its AI system that translates natural language into code, through an API in private beta.  Codex can understand more than a dozen programming languages, and interpret commands in plain English and execute them, making it possible to build a natural language interface for existing apps.

According to OpenAI, the Codex model available via the API is most capable in Python but is also “proficient” in JavaScript, Go, Perl, PHP, Ruby, Swift, TypeScript, Shell, and others. Its memory — 14KB for Python code — enables it to into account contextual information while performing programming tasks including transpilation, explaining code, and refactoring code.

Codex is built on the top of GPT-3, OpenAI’s language generation model, which was trained on a sizable chunk of the internet, and as a result can generate and parse the written word in impressive ways. One application users found for GPT-3 was generating code, but Codex improves upon its predecessors’ abilities and is trained specifically on open-source code repositories scraped from the web.

OpenAI Codex is a general-purpose programming model, meaning that it can be applied to essentially any programming task (though results may vary). “We’ve successfully used it for transpilation, explaining code, and refactoring code. But we know we’ve only scratched the surface of what can be done,” said OpenAI.

“We see this as a tool to multiply programmers,” OpenAI’s CTO and co-founder Greg Brockman told The Verge. “Programming has two parts to it: you have ‘think hard about a problem and try to understand it,’ and ‘map those small pieces to existing code, whether it’s a library, a function, or an API.’” The second part is tedious, he says, but it’s what Codex is best at. “It takes people who are already programmers and removes the drudge work.”

Earlier this year OpenAI launched a $100 million startup fund, which it calls the OpenAI Startup Fund, through which it and its partners will invest in early-stage AI companies tackling major problems (and productivity).

The fund is managed by OpenAI, with investment from Microsoft and other OpenAI partners. In addition to capital, companies in the OpenAI Startup Fund will get early access to future OpenAI systems, support from our team, and credits on Azure.