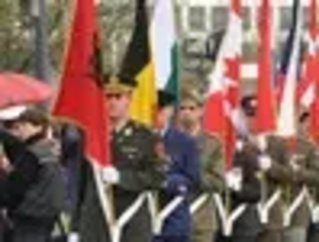 The strategy, a summary of which is available here, outlines how AI can be applied to defence and security in a protected and ethical way.

It aims to set the standards of responsible use of AI technologies, in accordance with international law and NATO’s values. The strategy also addresses the threats posed by the use of AI by adversaries and how to establish trusted cooperation with the innovation community on AI.

AI one of seven prioritised technologies

Artificial Intelligence is one of the seven technological areas which NATO Allies have prioritised for their relevance to defence and security. These include quantum-enabled technologies, data and computing, autonomy, biotechnology and human enhancements, hypersonic technologies and space.

The ‘most pervasive’ technology

Of all these technologies, Artificial Intelligence is known to be the most pervasive - especially when combined with others like big data, autonomy, or biotechnology. To address this complex challenge, NATO Defence Ministers also approved NATO’s first policy on what it calls data exploitation.

NATO says Individual strategies will be developed for all priority areas, following the same ethical approach as that adopted for its Artificial Intelligence.

Its allies have also launched their Innovation Fund to invest in cutting-edge technologies. The fund is expected to invest 1 billion euros with innovators across the Alliance working on emerging and disruptive technologies.

Ministers also met with NATO’s close partners Finland, Sweden and the European Union to discuss global challenges and how to further strengthen our cooperation.