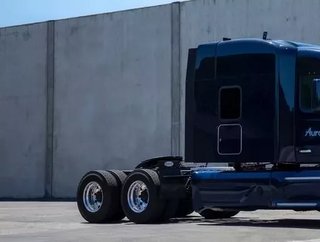 Uber will retain a 25 per cent share in the Advanced Technologies Group after the sale to self-driving car company Aurora for an estimated $4bn...

Aurora plans to use the expertise it is importing from Uber ATG to build a self-driving truck, while continuing to work on cars. Logistics and taxis are two areas where self-driving vehicles are expected to make a major impact, in advance of more general use.

In a statement, Aurora said the deal to acquire Uber ATG would “strengthen and accelerate the first Aurora Driver applications for heavy-duty trucks while allowing Aurora to continue and accelerate work on light-vehicle products”.

Chris Urmson, co-founder and CEO of Aurora, said, “By adding the people and technology of Uber’s Advanced Technologies Group to the incredible group we’ve already assembled at Aurora, we’re shifting the landscape of the automated vehicle space.

“With the addition of ATG, Aurora will have an incredibly strong team and technology, a clear path to several markets, and the resources to deliver. Simply put, Aurora will be the company best positioned to deliver the self-driving products necessary to make transportation and logistics safer, more accessible, and less expensive.”

The deal includes a strategic partnership with Uber, suggesting that while autonomous trucking would be a priority, “passenger mobility” would not be far behind. Uber is investing $400 million in Aurora as part of the deal and Uber CEO Dara Khosrowshahi will join its executive board.

“For the last five years, our phenomenal team at ATG has been at the forefront of this effort – and in joining forces with Aurora, they are now in pole position to deliver on that promise even faster.

“I’m looking forward to working with Chris, and to bringing the Aurora Driver to the Uber network in the years ahead.”

Subject to regulatory approval, the deal is expected to close in Q1 2021.