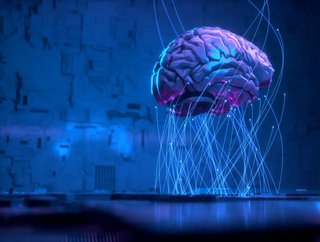 Historically, some big players have been involved with supporting Landing AI. Intel Capital and Samsung Catalyst Fund both participated in the series A funding round, complimented by Insight Partners and the Canadian Pension Plan Investment Board. That investment was led by McRock Capital.

Computer vision software can be used, for example, to help autonomous cars make sense of their surroundings, but it can also be used to identify a defect on a semiconductor wafer, a scratch on a smartphone screen or a dent in an auto component.

Recognising the need for AI in manufacturing, not just consumer internet platforms such as Google and Baidu, Ng said: “There’s tons of proof of concept, tons of PR, but frankly when I walk around manufacturing plants, AI is not widely deployed. We build tools that make it fast and easy for manufacturers to build and deploy successful AI systems,” Ng told CNBC.

Speaking on behalf of Insight Partners, a key investor in Landing AI, Managing Director George Mathew said in a statement that “digital modernisation of manufacturing is rapidly growing,” adding that it is expected to be a $300 billion market by 2023.

He went on to add that “the opportunity and need for Landing AI is only exploding” and that “it will unlock the untapped segment of targeted machine vision projects addressing quality, efficiency and output. We’re looking forward to playing a role in the next phase of Landing AI’s exciting journey.”

Ng also added that he plans to use the funding to try and “make everything go faster,” with ambitions to double the team from 75 to around 150, while also bringing on new customers.

Who is the founder of Google Brain?

A former professor of computer science at Stanford University, Andrew Ng is an artificial intelligence pioneer and the the founder of the Google Brain research lab. He is the former chief scientist of Baidu and started the deep learning artificial intelligence research team under the umbrella of Google AI. Formed in 2011, Google Brain combines open-ended machine learning research with information systems and large-scale computing resources.

Notable applications of Google Brain include other Google products such as the Android Operating System’s speech recognition system, photo search for Google Photos, smart reply in Gmail, and video recommendations in YouTube.