Is AI the new HR? 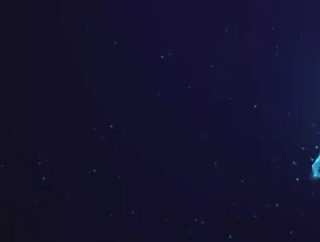 A new report by the Trades Union Congress (TUC) has warned that new legal protections are needed to regulate the use of artificial intelligence in UK workplaces and to prevent workers being hired and fired by algorithm.

The report highlighted issues of AI favouring men over women and judging people by their facial expressions. The TUC sighted one case of claims by Uber Eats couriers, who say they were fired unfairly due to facial identification software, which had been found unreliable when used with people from ethinc minority backgrounds.

The use of AI at work is at "a fork in the road", according to TUC general secretary Frances O’Grady.

“AI at work could be used to improve productivity and working lives,” she warned, "but it is already being used to make life-changing decisions about people at work – like who gets hired and fired. Without fair rules, the use of AI at work could lead to widespread discrimination and unfair treatment – especially for those in insecure work and the gig economy."

What is the union calling for?

The TUC’s report argues that the law has failed to keep up with the quick progress in AI in recent years. The union body is calling for:

What does the future hold for AI in businesses?

AI is prevalent in businesses, often most noticeable to customers through chatbots and customer service. A digital transformation is taking place with new innovations developing and there are concerns about AI taking over human jobs.

"There's definitely a lot of organizations that, more than displacing the workforce, they think of 'How do we reskill them so that they can continue to tap into the domain, the core knowledge that exists within those employees?" said Beena Ammanath, AI managing director at Deloitte Consulting. "There's a lot of value in the domain knowledge that these employees possess."

Conversely McKinsey & Co. projects that by 2030, roughly 40 million US workers, many of them union members, will have been replaced by robotics and automation.

AI technology has been refined over the years and recently there has been a huge demand for it during Covid-19. The future of AI now looks even more promising as long as rules and regulations are put in place to be followed. To ensure employees and AI-powered machines can work together effectively, companies need to plan and re-evaluate their workforce development strategies.