Is AI the key to better EV batteries? 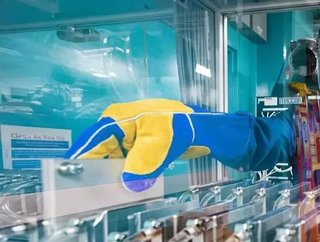 The success of electric vehicles (EVs) is hobbled by their reliance on slow charging batteries. But could machine learning solve the problem...

Batteries are the poor cousin of technology. Charge them fast and it destroys the battery. Charge them slowly, no one wants them. They’re expensive to build and deplete in capacity over time. Worst of all, from mobile phones to electric vehicles, we’re totally reliant on them.

Why doesn’t someone make better batteries?

That’s the golden question, but the simple answer is that it’s not easy. Luckily, someone is working on it. A team of researchers from the US Department of Energy’s SLAC National Accelerator Laboratory, Stanford University, Massachusetts Institute of Technology (MIT) and Toyota Research Institute (TRI). They’re trying to develop batteries with longer life for electric vehicles (EVs).

And they think machine learning is the answer to better batteries?

Sort of. They think machine learning is the key to understanding how to charge batteries faster without destroying them. Previous work the team has done has accelerated battery testing processes, but the new research, researchers say, could cut the time to market for new battery tech by two-thirds.

What does Stanford researcher Will Chueh have to say about it?

"In this case, we are teaching the machine how to learn the physics of a new type of failure mechanism that could help us design better and safer fast-charging batteries. Fast charging is incredibly stressful and damaging to batteries, and solving this problem is key to expanding the nation's fleet of electric vehicles as part of the overall strategy for fighting climate change."

What did they do?

The researchers used x-rays to study particles during fast charging, then scanned them at individual level before shunting the data through algorithms tuned with mathematical chemical and charging data. "Rather than having the computer directly figure out the model by simply feeding it data, as we did in the two previous studies, we taught the computer how to choose or learn the right equations, and thus the right physics," said Stanford postdoctoral researcher Stephen Dongmin Kang.

"We now have a picture – literally a movie – of how lithium moves around inside the battery, and it's very different than scientists and engineers thought it was. This uneven charging and discharging puts more stress on the electrodes and decreases their working lifetimes. Understanding this process on a fundamental level is an important step toward solving the fast charging problem."