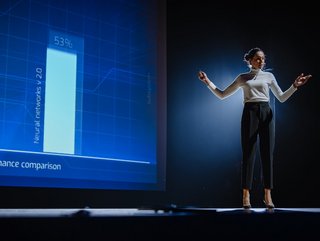 FOVE is a virtual reality (VR) company that creates VR headsets with eye-tracking technology. The company was founded by Yuka Kojima, who is the company’s CEO, with Lochlainn Wilson.

The FOVE 0 is the world's first mass-produced eye-tracking VR headset and the company’s flagship hardware product. The product serves a number of use cases including medical researching and gaming.

Providing a solution to veterinary practices, Digital offers an all-in-one veterinary software that allows users to run their entire practice with one single tool. The company act as a trusted partner to enhance patient engagement, streamline processes and grow practices.

With the aim to extend the human potential for more productive and creative work by utilising the power of artificial intelligence (AI), Miku Hirano co-founded Cinnamon AI in 2012 and now works there as CEO. In the 10 years since its founding, the Singapore-based company has created a disruptive AI technology that transforms unstructured data into actionable, structured data.

Cynthia Breazeal founded personal robotics company Jibo in 2012 and with the company, has created one of the world’s first social robots for the home. The company, which categorises itself as ‘character-drive’, strives to create unforgettable experiences through advanced social robotics technology.

Breazeal herself is a pioneer of social robotics and human robot interaction from the MIT Media Lab, and Jibo is staffed by robotics and consumer electronics leaders in both the Boston and San Francisco areas.

Athena Security is committed to creating a safer world since the company was founded in 2018 by Lisa Falzone and Chris Ciabarra who are now CEO and CTO respectively. The company uses technology, many of which offer automated solutions to the user, to provide a more sophisticated entryway checkpoint security system. Athena’s Entryway Security Solution is able to spot concealed weapons and instantly send alerts to designated individuals.

The solution can differentiate between harmless personal items, and weapons like pistols, long guns, or knives. Then, the system can send images to security personnel, making them more fully prepared for a potential threat.

Neeti Mehta Shukla is one of the co-founders of Automation Anywhere, the robotic process automation (RPA) company on a mission to democratise automation and create a better future for everyone, liberating people from mundane, repetitive tasks, and allowing them more time to use their intellect and creativity.

The company has 2.8 million bots deployed at customers in 90 countries, and a network of over 2100 partners.

Gradient Ventures is an AI-focused venture fund that invests in and connects startups with Google’s resources, innovation, and technical leadership in artificial intelligence. Owned by Google, the company was founded by Anna Patterson, an accomplished leader in AI.

The company has invested in a number of companies including Algorithmia, Cognac and Ubiquity6. The Gradient Ventures team specialises in helping companies take off, providing hands-on product, marketing, sales, and talent support.

Founded in 2009, Affectiva is a software company that builds AI that understands human emotions, cognitive states, activities and the objects people use. Having spun out of MIT Media Labs, Affectiva created the new technology category of Artificial Emotion.

The company builds AI that understands human emotions, cognitive states, activities and the objects people use. Its platform does this by analysing facial and vocal expressions. To push for success, Affectiva was acquired by Smart Eye to scale the company to a global AI powerhouse. The company’s Emotion AI is used in gaming, automotive, robotics, education, healthcare, experiential marketing, retail, human resources and video communication.

Darktrace AI has the ability to interrupt in-progress cyber attacks with its technology. It can fight against attacks including ransomware, email phishing and threats to cloud environments and critical infrastructure.

The company has over 6,500 customers worldwide that rely on Darktrace’s digital immune system to avoid cyber disruptions. Founded in 2013, Darktrace applies Self-Learning AI to enable machines to understand the business in order to autonomously defend it.

Poppy Gustafsson, CEO, and one of the founders, of Darktrace, has said herself that the company is never happy following the status quo. Along with the company’s CTO, Jack Stockdale, Gustafsson was awarded an Order of the British Empire (OBE) for services to cyber security in 2019.