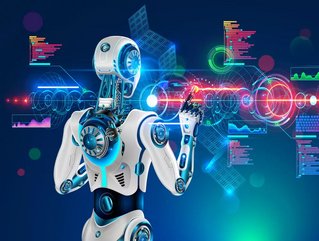 OpenAI looks to directly build safe and beneficial artificial general intelligence (AGI). The company itself said about its mission: “[We will] consider our mission fulfilled if our work aids others to achieve this outcome.”

Elon Musk, Sam Altman and other investors announced the formation of OpenAI in the October of 2015. The investors collectively pledged US$1bn to the venture.

With its founding, the organisation stated it would "freely collaborate" with other institutions and researchers by making its patents and research open to the public.

In 2016 OpenAI released a public beta of ‘OpenAI Gym’, its platform for reinforcement learning research. Later in the same year, the company released Universe, a software platform for measuring and training an AI’s general intelligence across the world’s supply of games, websites and other applications.

At the start of 2018, Elon Musk resigned from his board seat. This was due to a potential future conflict of interest with Tesla’s development of AI for self-driving cars. The Tesla entrepreneur did remain as a donor.

The following year OpenAI transitioned from a non-profit to a for-profit. The company then partnered with Microsoft Corporation who announced an investment package of US$1bn into the company.

Following this announcement, OpenAI shared its intention to commercially license its technologies, with Microsoft as its preferred partner.

As of 2020, OpenAI is headquartered in San Francisco's Mission District. It shares the former Pioneer Trunk Factory building with Neuralink, another company co-founded by Musk.

In June 2020, OpenAI announced GPT-3, a language model trained on trillions of words from the Internet. The company also announced that an associated API, named simply "the API", would form the heart of its first commercial product.

GPT-3 is aimed at natural language answering of questions, but it can also translate between languages and coherently generate improvised text.