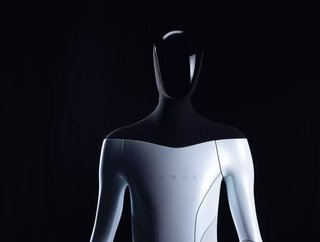 At Tesla’s much anticipated artificial intelligence (AI) Elon Musk updated us on Telsa’s work with AI and machine learning (ML).

Musk unveiled a concept humanoid robot that will be powered by the AI currently embedded within Tesla's autonomous vehicles.

Named the Tesla Bot, Musk said the robot is expected to be able to carry 45 pounds, deadlift 145 pounds, and have a movement speed of 5 miles per hour. Although the details were relatively limited, Musk explained the robot would be 5 foot 8 in height and weigh 125 pounds.

The robot, which Musk said would be ‘friendly’ is designed to be overpowered by humans. This feature, and the emphasis placed on this feature, comes at no surprise as Musk himself is concerned about the existential risk from AI and as a result donates to and advises the board of the AI company OpenAI which tackles this issue.

“It’s intended to be friendly, of course, and navigate a world built for humans,” said Musk.

“We’re setting it such that at a mechanical and physical level, you can run away from it and most likely overpower it.”

In terms of the robots technological features, Tesla Bot has been kitted out with eight autopilot cameras. These cameras are the same as those being used by Tesla’s vehicles to sense the environment. Its head will also contain a screen for displaying information.

Along with 40 electromechanical actuators spread across the concept robot, the camera will be powered by Tesla’s Full Self-Driving (FSD) computer.

Designed to eliminate “dangerous, repetitive, boring tasks” the robot will be able to carry out simple things for people, such as grocery shopping.

"In the future, physical work will be a choice. If you want to do it, you can, but you won't need to do it," said Musk.

Although the company announced the Tesla Bot at the AI day, it is not operational at the moment and a prototype is expected to be ready sometime next year.

Along with the unveiling of the Tesla Bot, another unfinished project that was unveiled at Tesla AI Day was Dojo, a supercomputer aimed at training cars to navigate city streets without human assistance.

Dojo is expected to be operational next year. Tesla director Ganesh Venkataramanan unveiled Tesla’s computer chip. The chip is designed and built entirely in-house and the company is using it to run Dojo.

Called D1, the chip contains 7nm technology. When holding it up to the audience Venkataramanan said the chip has GPU-level compute with CPU connectivity and twice the I/O bandwidth of “the state of the art networking switch chips that are out there today and are supposed to be the gold standards.” The D1 is 7nm silicon that has 362 teraflops of processing power and 10Tbps of on-chip bandwidth.