ML technology benefits could give boost to EV charging 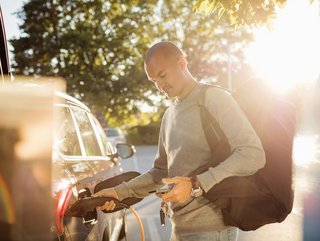 Research into superfast charging technology reveals EVs could be charged from 0 to 90% in as little as 10 minutes, thanks to the benefits of ML

Electric vehicles (EV) could be charged in as little as 10 minutes in future thanks to research that harnesses the power of machine learning (ML).

Researchers at the American Chemical Society have used ML to optimise EV charging speeds, meaning a battery could be charged from 0 to 90% in as little as 10 minutes, without causing long-term damage.

And with governments around the world preparing to implement restrictions on selling combustion-engined vehicles in the future, researchers think if successful it could lead to more people purchasing EVs in the future.

Sales of EVs doubled in 2021 to a new record of 6.6 million, with more now sold each week than in the whole of 2012, according to the latest edition of the annual Global Electric Vehicle Outlook.

Despite strains along global supply chains, sales kept rising strongly into 2022, with 2 million electric cars sold worldwide in the first quarter, up by three-quarters from the same period a year earlier. The number of electric cars on the world’s roads by the end of 2021 was about 16.5 million, triple the amount in 2018.

When a lithium-ion battery is being charged, lithium ions migrate from one side of the device, the cathode, to the other, the anode.

But, when a battery is charged too quickly, lithium metal can build up inside the battery, which can reduce the vehicle’s range, and trigger early battery failure.

Range anxiety is very real - a 2021 J.D. Power survey found the factor most cited in deciding what EV to buy is the range. So a future allowing EV charging to be “very similar to filling up at a gas station” may prompt hesitating consumers to make the switch.

To achieve this, researchers tailored the charging protocol in a way that optimises speed while avoiding damage for the many different types of battery designs currently used in vehicles, requiring a huge amount of data on how various methods affect batteries’ lifetime, efficiency and safety.

By inputting information about the condition of many lithium-ion batteries during their charging and discharging cycles, the scientists trained the ML analysis to predict lifetimes and the ways that different designs would eventually fail.

The team then fed that data back into the analysis to identify and optimise new protocols that they then tested on real batteries.

“We’ve significantly increased the amount of energy that can go into a battery cell in a short amount of time,” says Dufek. “Currently, we’re seeing batteries charge to over 90% in 10 minutes without lithium plating or cathode cracking.

“Fast charging is the key to increasing consumer confidence and overall adoption of electric vehicles,” he adds. “It would allow vehicle charging to be very similar to filling up at a gas station.”

Going from a nearly dead battery to one at 90% power in only 10 minutes is a far cry from current methods, which, at best, can get an electric vehicle to full charge in about half an hour.

While many researchers are looking for methods to achieve this sort of super-fast charging, Dufek says that one advantage of their machine learning model is that it ties the protocols to the physics of what is actually happening in a battery.

The researchers plan to use their model to develop even better methods and to help design new lithium-ion batteries that are optimised to undergo fast charging. Dufek says that the ultimate goal is for electric vehicles to be able to “tell” charging stations how to power up their specific batteries quickly and safely.