How AI is shaping government policy across the globe 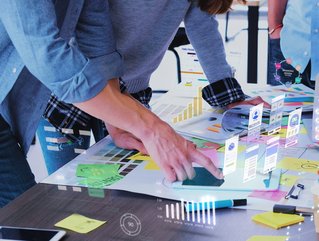 Nations around the world recognise the power of AI and its importance to security and economic prosperity. We look at how its shaping different policy

Many believe that artificial intelligence (AI) may determine who leads the fourth industrial revolution and to do this, smart AI policy decisions need to be made now.

The introduction of AI is providing a number of benefits to those nations already seizing the technology as it can create jobs, make governments more efficient, help with efforts to fight the pandemic and protect the environment.

Those countries that lag behind may find themselves in a compromising situation later down the line as they are less fruitful than other nations. It is the role of policymakers to ensure that AI creates a better future for their populations - particularly as some strategies will attract significant talent and investment, ultimately boosting the strength of a country.

Just like businesses, governments need to, and many are, undergo their own digital transformation journeys to become more efficient and serve the needs of their citizens more effectively. To respond to this, it is also crucial governments create their own internal AI roadmap to streamline processes and gain more insight from their data.

Recognising the importance of AI policy, a number of nations have already launched different strategies involving AI. Here, we take a look at different approaches from around the globe.

During London’s recent Tech Week AI Summit, the UK Government launched a new Defence AI Strategy to drive forward innovation with a new approach to the ambitious, sustainable and responsible use of AI.

The country aims to become the world’s most effective, efficient, trusted and influential Defence organisation for its size. As threats to global security are ever-evolving, the strategy outlines how the UK will prioritise research, development, and experimentation to revolutionise our Armed Forces capabilities.

It will do this through new concepts and cutting-edge technology to deliver the latest equipment to the battlefield through effective, efficient, trusted pathways. These concepts include AI-enabled autonomous combat vehicles and resupply systems.

These systems will deliver supplies, without putting people in danger, guided by smart systems trained on hours of detailed footage captured by a series of small drones.

Google: supporting the US’ transformation efforts

This division, Google Public Sector, will operate in a similar manner to Google Cloud and will bring customers an expanded ecosystem of partners with extensive expertise in serving public sector institutions.

Commenting on the efforts, Singh described AI as a revolutionary step in the development of humanity; proof that a human being is the most evolved creature in the universe.

"When there has been full human participation in wars, new autonomous weapons/systems have been developed with the help of AI applications. They can destroy enemy establishments without human control. AI-enabled military devices are capable of handling large amounts of data efficiently. It is also proving to be very helpful in training the soldiers. In the coming times, Augmented and Virtual Reality technologies will also be used effectively," he said.

With this announcement, Singh hopes that India will soon be among the leading countries in the field of AI.