Vodafone and co use AI to identify disease-beating foods 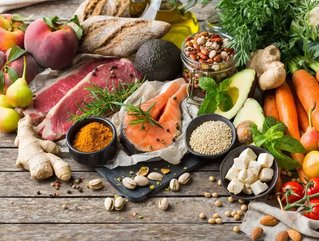 Vodafone, in partnership with researchers from Imperial College London and chef Jozef Youssef, is releasing a cookbook inspired by AIli...

It’s not every day a telecommunications fiant plays a part in releasing a cookbook, rarer still one “inspired” by AI.

Yet this is precisely what Vodafone, in partnership with researchers from Imperial College London and ched Jozef Youssef, has done with HYPERFOODS.

Dr Kirill Veselkov, lead computational scientist at Imperial College London, said in a press release: “We are seeing a continuous growth in chronic conditions, such as cancer, neurological diseases and heart disorders. A key contributing factor is poor diet; studies suggest that unhealthy diets are responsible for a fifth of deaths globally and it’s estimated that almost half of all cancers could be prevented by good dietary and lifestyle choices.”

The research made use of Vodafone’s DreamLab app, which leverages mobile phone processing power to speed up scientific research. While phones are being charged, the app aggregates the processing power of phones with the app installed to create a cloud supercomputer.

Helen Lamprell, Vodafone Foundation Trustee and General Counsel & External Affairs Director, Vodafone UK, said: “Technologies such as AI have the potential to create a smarter healthcare system and improve outcomes for patients. We are hugely proud that DreamLab has played such an important role in Imperial’s research project and in the development of this collection of recipes.”

While AI and food may not seem the most natural of bedfellows, there are nevertheless a number of companies looking to bring AI to bear on the subject of food. Plant Jammer, for instance, uses AI to create recipes out of the ingredients you have immediately available to you by learning from flavour combinations to create new recipes.