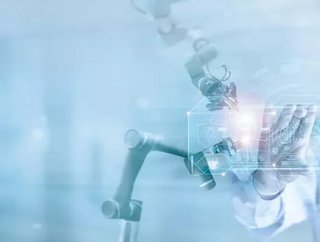 AI is pervading every sector of business and innovation, weaving its way into everyday technologies. Here are some of the companies pushing the envelope...

There are few industries, if any, where artificial intelligence (AI) and machine learning have yet to infiltrate. From helping farmers increase their yields, to predictive maintenance and self-driving vehicles, AI is transforming the way that countless companies operate, increasing efficiency, improving services, and opening up new revenue streams.

The use of AI is now so prevalent, in fact, that it’s a term that gets thrown around constantly, used to refer to everything from the most basic of data analyses, right the way up to incredibly complex use cases that are breaking new ground and genuinely transforming industries.

From utilising data to improve tasks and make novel predictions, to natural language processing and computer vision, AI remains a core technology that’s set to have a huge impact in shaping our future. With the scene set, we’ve rounded up a list of six AI companies that have broken the mould, standing out from the competition with their trend-setting ideas and drive for innovation.

AI is used extensively in the healthcare industry in combination with machine learning to analyse patient data and help medical professionals diagnose patients more efficiently. Deep 6, a Pasadena-based company with $22m of funding under its belt, instead focuses on the pharmaceutical industry – namely the testing of new drugs.

One of the biggest bottlenecks in the long, complicated process that makes up clinical trials, occurs at the very beginning, when researchers have to find a suitable selection of participants to work with. Criteria such as age, ailments, family history, existing medication and more all have a role to play in the selection process, and trawling through hundreds of patient records is a complicated, time-consuming task.

Deep 6 aims to transform this with a solution that pulls and interprets data from electronic medical records that lets researchers easily filter for parameters of interest. This can lead to lists of potential trial attendees in minutes, as opposed to months. Cleverly, the solution’s language processing engine is intelligent enough to predict certain conditions even if they’re not outright stated in a patient’s notes, saving even more precious time for researchers.

Conservation Metrics is a Santa Cruz-based startup that stands out from the crowd by developing AI and machine learning tools that are specifically designed to improve conservation efforts around the world.

The company’s tools allow organisations to monitor wildlife status, distribution, and key trends such as population growth or decline over time. Used in combination with hardware such as camera traps and aerial imagery in even extremely remote locations, Conservation Metrics has collaborated on more than 200 biological monitoring and resource management projects around the globe, processing anywhere from 20GB to more than 10TB of data per project.

One such example is the Elephant Listening Project, carried out in conjunction with Cornell University. The project tracks and protects forest elephants by using around 50 acoustic sensors in the Republic of Congo’s Nouabalé-Ndoki National Park to gather critical information such as the animals’ location, behaviour, and numbers. Combined with Conservation Metrics’ AI and machine learning tools that can separate elephant sounds from the environment, the team can accurately map their habitats and detect if elephants are entering areas with higher risks of poaching.

Headquartered in Dallas, Topaz Labs is a company that offers a robust selection of AI-powered photo and video enhancement software for amateurs and professionals. Having received positive media coverage across its wide product range, the company’s use of machine learning and AI offers users a wide variety of tools for tweaking and enhancing media.

Its Video Enhance AI solution, for example, can upscale videos up to 8K resolution, retaining details and motion consistency. The neural networking powering the software was trained by analysing thousands of video pairs to learn how details are normally lost, and can detect areas in a user’s videos that need to be rendered.

Photography tools include sharpening, denoising, enlargement and masking software, saving users considerable hours of time that would otherwise be spent manually making tweaks and adjustments. Non-destructive in nature, all changes made in the software can be edited and adjusted at any time, without permanently affecting the original source material.

Benevolent AI is a London-based company that aims to disrupt the pharmaceutical sector by predicting the effectiveness of medicines for diseases that currently have no treatment. The company’s solution operates by using AI and machine learning tools to shift the way that drugs are used and developed.

Founded in 2013 with almost $300m raised in funding, its knowledge pipeline pulls in data from biomedical data sources, which is then extracted and contextualised, mapping the potentially beneficial relationships between genes, diseases, and drugs.

February 2020 saw the company use its tools to identify baricitinib, a rheumatoid arthritis drug, as a potential treatment to inhibit viral infection from coronavirus. This discovery led the US pharmaceutical company Eli Lilly to initiate clinical trials, with the results showing that the drug, in combination with another medicine called remdesivir, reduces the recovery time of patients hospitalised with Covid-19.

Founded in Bristol, Okko Health is a company that has created an AI-driven smartphone app that allows users to accurately measure and monitor their eyesight from the comfort of their own home, resulting in the early detection and timely treatment of eye diseases. As a result, time and costs are reduced for both patients and clinics, while some conditions have less of an opportunity to progress further.

Measuring more than just visual acuity, the tool also enables users to test their ability to view low contrasts, alongside distortion metrics and colour vision. This CE-marked system is the first big data collection tool for monitoring visual function, with the aim of not only detecting problems, but also predicting them before they occur, drastically reducing the impact that any visual ailments may lead to. Allowing patients to monitor their conditions at home also allows specialists to concentrate more on patients who are most in need, while reducing congestion and waiting times in the process.

Humanising Autonomy is a company that’s developing tools to improve the autonomous vehicle experience. Founded by three Imperial College graduates, the system aims to create an environment in which autonomous systems are able to better understand human behaviour – a key obstacle in the development of automated vehicles in crowded cities.

The lack of perceptive abilities can make existing automated vehicles unsafe around densely pedestrianised areas, slowing down the adoption of self-driving cars. Humanising Autonomy’s solution uses AI and machine learning to create a human intent prediction application which can recognise and predict human behaviour from visual camera footage. If the camera detects a person at the side of a road looking down at a phone, for example, a more cautious approach can be taken to take into account the pedestrian’s potential lack of awareness while being distracted by their phone.

The end result is a solution that enables safer roads by preventing accidents and near misses, with faster and more efficient journeys, with less hard-braking events. The company also makes it clear that their software is never used to identify, track, or trace with its camera analysis.