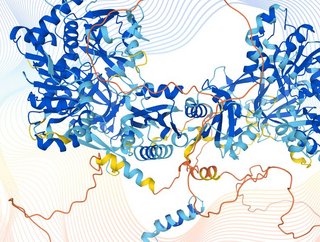 AI-powered AlphaFold has helped decipher the structure of almost all proteins known to science, making it an essential tool for biopharma research

Alphabet-owned DeepMind has made headlines with its artificial intelligence (AI) research and powerful neural networks which have beaten human players at chess, go and other games of strategy and cunning.

More recently, the company partnered with the European Molecular Biology Laboratory (EMBL) to make the most complete and accurate database yet of predicted protein structure models for the human proteome.

And the data is to be made freely available to the scientific community in a move that has already revolutionised research, allowing scientists to carry out work that would have previously taken years in just a few days.

“Our goal at DeepMind has always been to build AI and then use it as a tool to help accelerate the pace of scientific discovery itself, thereby advancing our understanding of the world around us,” says DeepMind Founder and CEO Demis Hassabis.

“For our team, AlphaFold’s success was especially rewarding, both because it was the most complex AI system we’d ever built, requiring multiple critical innovations, and because it has had the most meaningful downstream impact,” says Hassabis.

More than 500,000 researchers from 190 countries have accessed the AlphaFold DB to view over two million structures. These resources have also been integrated into public datasets including Ensembl, UniProt, and OpenTargets.

"AlphaFold became an essential tool for biopharma research nearly overnight, including here at ROME Therapeutics where it is allowing us to predict protein structures in areas of the dark genome that have never been solved for before,” says Rosana Kapeller, President & CEO of ROME. “AlphaFold speed and accuracy is accelerating the drug discovery process, and we’re only at the beginning of realising its impact on getting novel medicines to patients faster."

Being able to design a drug that just focuses on one target rather than many is one of the most important things in drug discovery, says Karen Akinsanya, President of R&D at Schrödinger in New York.

“As part of our recent work we've been looking at ways we could design molecules that selectively replicate the actions of natural messengers, in particular those that affect how our brain functions,” says Akinsanya. “What we've found exciting is that using predictive structures from AlphaFold alongside our structure refinement and drug design software potentially allows you to design a molecule that targets a family member of interest – in this case a signalling partner in the brain – with exquisite accuracy.

“Each of the pieces needed for drug design is extremely complex,” adds Akinsanya. “But putting a few of the pieces together could accelerate drug discovery in a way that I don’t think we’ve ever seen before.”

Vilde Leipart, a Researcher at Norwegian University of Life Sciences, has a particular interest in the protein vitellogenin. Found in most animals that lay eggs, vitellogenin is crucial to his research into the honeybee immune system. It supports reproduction and also appears to play roles related to immunity and the regulation of feeding behaviour.

“Vitellogenin can bind to pathogen proteins like an antibody and contributes to immunity that is passed on in egg-laying species,” saysLeipart. “Fragments of bacteria, fungi and viruses, ingested by the mother - or queen - are transferred into developing eggs where they trigger immunity in the developing embryo.”

Lamprey vitellogenin was modelled more than 20 years ago, but little has been known about the structure of the honeybee protein until AlphaFold was used to understand it.

“Because vitellogenin appears to play many roles, we wanted to visualise its function-specific domains, see how they interact and then make predictions about their different functions based on the structure revealed by AlphaFold,” says Leipart.

“I learned so much from the structure that AlphaFold created. The key thing is how quickly I was able to do it. It took me two days to do something that could have taken me years.”