AI chipset market projected to grow at 40% per year 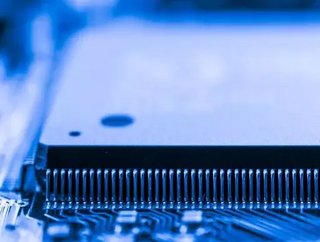 The artificial intelligence (AI) chipset market is set to grow at more than 40 percent per year from 2020 to 2026, according to a new report.

The Artificial Intelligence (Chipsets) Market Global Forecast from Research and Markets anticipates a short term inter ruption as supply chains are disrupted by Covid-19, but still reckons the market will grow at a compound annual growth rate (CAGR) of 40.1 percent.

But it urges short-term caution as supply chains are devastated by the Covid-19 pandemic, and potentially longer term restraints related to a local of skilled workers. The report also references a low return on investment for AI chipmakers in a market which is hobbled by its own relative infancy.

Instead, growth is being fuelled by machine learning applications, particularly in data handling, speech translation, autonomous robots and facial recognition. Much of the short-term growth is likely to come from predictive maintenance and machinery inspection, particularly the use of inspection cameras and Internet of Things (IoT) connected to industrial hardware.

While industrial applications that support operational cost reduction were seen as strong contenders for growth, they were eclipsed by the cybersecurity industry, which held the lion’s share of the AI chipsets market in 2019. Researchers pointed to the increase of personal devices that widen the range of attack surfaces for cybercriminals to exploit, and the role of AI in tackling emerging strains of cybercrime.