Three ways AI is being used to help with space exploration 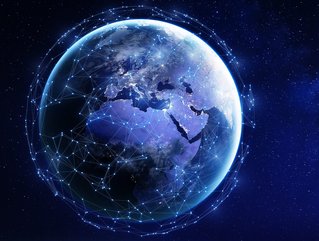 AI has been improving our standard of living on Earth for a number of years. We look at how it can be applied to improve our understanding of outer space

Not limited to applications on our planet, advances in AI have allowed us to discover more about space than imagined. Now, AI can be used to help design space missions and clear junk from Earth’s orbit.

Many companies, such as NASA, the European Space Agency (ESA) and SpaceX, are already using AI as a way to improve exploration, find new celestial objects and improve astronauts’ lives in space.

To shed a light on AI and space exploration, we take a look at three different ways companies are utilising this technology to improve their knowledge of outer space.

There have been a number of different AI assistants developed to support astronauts as they carry out various missions in space. CIMON, short for Crew Interactive MObile CompanioN, was developed by the German space agency DLR, Airbus and IBM.

This project started in 2016 and commenting on the early stages of the project, Matthias Biniok, the IBM project lead for CIMON said: “Airbus proposed this idea they had to the German space agency: they wanted to build a robot and send it into space. When DLR commissioned them to build it, Airbus approached IBM about handling the AI components.”

CIMON is a roughly spherical, 11-pound robot that can converse with astronauts on the International Space Station (ISS). The facial-recognition software used in this robot lets it know who it’s talking to, and a deliberately simple visual design allows CIMON to show basic facial expressions.

Four years later, an updated version of the robot, CIMON-2 successfully proved its capabilities on board the ISS. The robot is designed to reduce astronauts’ stress by performing tasks they ask it to do.

NASA is also developing its own companion for its astronauts on the ISS named Robonaut. Robonaut is a dexterous humanoid robot designed to expand NASA’s ability for construction and discovery.

As we tackle climate change on Earth, space agencies across the world are also looking at ways to tackle environmental issues in space. Orbital congestion created by space debris is one of the biggest global challenges facing the space sector.

There are currently an estimated 330 million pieces of space debris, including 36,500 objects bigger than 10cm, such as old satellites, spent rocket bodies and even tools dropped by astronauts orbiting Earth.

Those pieces of debris bigger than 10cm also bring their own challenges as they pose a threat to existing space infrastructure. To tackle this the ESA has developed AI to autonomously dodge space junk in orbit.

"We made a large historic data set of past conjunction warnings available to a global expert community and tasked them to use AI to predict the evolution of a collision risk of each alert over the three days following the alert," said Rolf Densing, Director of ESA Operations said at a news conference announcing the agencies plans with AI and debris.

The ESA has also outlined plans to launch its first debris removal project in 2025 with Swiss startup ClearSpace. This €86mn deal will see the ClearSpace-1 chaser aircraft locate debris autonomously with the help of its AI-enabled cameras embedded in the system. After it identifies the debris, the aircraft’s four arms will collect the junk to return it to the Earth’s atmosphere to dispose of.

Elon Musk’s SpaceX uses AI in a number of ways to support its efforts in outer space. For navigation, SpaceX uses an AI-powered autopilot program that helps rockets navigate themselves from the launch to the ISS-docking station.

This system also measures fuel usage and reserves, parabolic flight, weather, liquid engine sloshing and other factors that affect rocket flights. The system operates with calculations based on the trajectory of the rocket to a certain point in space and reduces the space for human error while ensuring that the flight is efficient and safe.

Additonally, SpaceX rockets have an AI-driven built-in emergency abort system. Before the launch of Falcon 9, SpaceX tested its escape system with success. This rocket, which carried the Dragon crew to the ISS, used ML and computer vision to help figure out its landing. This technology featured a convex optimisation algorithm to help understand how to land the rocket and real-time computer vision to identify the best routing.