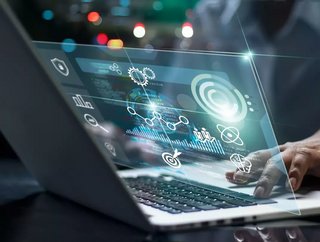 Following AI company DeepMind making its AlphaFold program of predictions of protein structures free for researchers, we look back at the company’s growth

DeepMind Technologies is a British artificial intelligence (AI) company that is dedicated to accelerating the industry with an interdisciplinary approach. It brings together new ideas and advances in machine learning, neuroscience, engineering, mathematics, simulation and computing infrastructure.

The company was founded by Demis Hassabis, Shane Legg and Mustafa Suleyman in 2010.

Hassabis, Legg and Suleyman began working on AI technology by teaching it how to play old games from the seventies and eighties. Their goal with this technology was to create a general-purpose AI that can be useful and effective for almost anything.

One year after its founding, Horizon Ventures and Founders Fund invested in the company.

2013 saw DeepMind publish research on an AI system that could surpass human abilities in games such as Pong, Breakout and Enduro.

At the start of 2014, Google announced the company had acquired DeepMind for $500 million and agreed to take over DeepMind technologies. With Google, DeepMind established an artificial intelligence ethics board.

Later that same year, DeepMind received the “Company of the Year” award from Cambridge Computer Laboratory. It also published research on computer systems that are able to play the board game ‘Go’.

AlphaGo, a computer program developed by DeepMind, beat the European Go champion Fan Hui in 2015. This was the first time an AI defeated a professional Go player. Go is considered much more difficult for computers to win. Due to the high number of possibilities within the game, it is prohibitively difficult for traditional AI methods such as brute force.

With Amazon, Google, Facebook, IBM and Microsoft, in 2016 DeepMind became a founding member of Partnership on AI, an organisation dedicated to the society-AI interface.

In 2016, the company launches a new division called DeepMind Health and acquired a university spinout company with a healthcare app called Hark.

A collaboration between DeepMind and Moorfields Eye Hospital was announced in July 2016. For this collaboration, DeepMind was applied to the analysis of anonymised eye scans, searching for early signs of disease leading to blindness.

Continuing its work in health, in August 2016 a research programme with University College London Hospital was announced. The partnership aimed to develop an algorithm that could automatically differentiate between healthy and cancerous tissue in head and neck areas.

Turning its AI to protein folding in 2016, DeepMind looked to tackle one of the toughest problems in science and developed its AlphaFold platform.

DeepMind Health continued its work in 2017 partnering with the Cancer Research UK Centre at Imperial College London. This was to improve breast cancer detection by applying machine learning to mammography.

During the same year, the company launched a new research team to investigate AI ethics.

DeepMind also released GridWorld, an open-source testbed for evaluating whether an algorithm learns to disable its kill switch or otherwise exhibits certain undesirable behaviours, in 2017.

To support doctors, DeepMind developed an app called Streams in 2018. The app sends alerts to doctors about patients at risk of injury. Towards the end of the same year, DeepMind announced that its health division and the Streams app would be absorbed into Google Health.

2018 also saw DeepMind’s AlphaFold win the 13th Critical Assessment of Techniques for Protein Structure Predictions (CASP) by successfully predicting the most accurate structure for 25 out of 43 proteins.

During the 14th CASP, AlphaFold’s predictions achieved an accuracy score regarded as comparable with lab techniques.

Deepmind published Agent57 in 2020. Agent57 is an AI Agent which surpasses human-level performance on all 57 games of the Atari2600 suite.