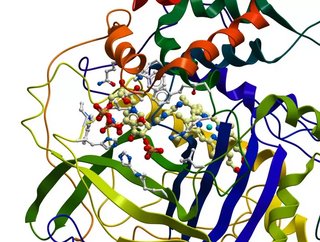 After announcing its artificial intelligence (AI) program AlphaFold back in December, DeepMind has now made the resource available online, free for researchers to use. The company has published its scientific paper source code explaining how it created its highly innovative system.

Using the AlphaFold program, DeepMind was able to strip bare the structure of proteins and develop a database of nearly all human protein structures. Scientists previously, despite research into this spanning back to the 1950s, have only been able to decode a fraction of human proteins.

In partnership with The European Bioinformatics Institute (EMBL-EBI), DeepMind has been able to launch its AlphaFold Protein Structure Database. This database more than doubles humanity’s accumulated knowledge of high-accuracy protein structures.

Included in this database are high-quality predictions for the shape of every single protein in the human body and proteins of 20 additional organisms that scientists rely on for their research.

“This will be one of the important datasets since the mapping of the Human Genome,” said Ewan Birney, EMBL Deputy Director General and EMBL-EBI Director.

AlphaFold, which accurately predicts the shape of proteins, will help scientists understand the biological processes of every living thing.

This new scientific development could help accelerate the discovery of new drugs to treat disease.

“We believe this work represents the most significant contribution AI has made to advancing the state of scientific knowledge to data. I think it’s a great illustration and example of the kind of benefits AI can bring to society. We’re just so excited to see what the community is going to do with this,” said Dr Demis Hassabis, Chief Executive and Co-Founder of DeepMind.

DeepMind started looking into AI when founded in 2010. Keen to accelerate the field, the team took an interdisciplinary approach to bring together new ideas and advances in machine learning, neuroscience, engineering, mathematics, simulation and computing infrastructure.

They were able to achieve early success in computer games, which researchers often use to test AI applications.

The company, which joined forces with Google in 2014, were able to accelerate their work whilst continuing with their own research agenda.

While working with the technology company, DeepMind has been able to improve some of Google’s products by applying their cutting-edge research into products and infrastructure used worldwide.

DeepMind has also been able to save energy used to keep data centres cool. Google’s data centres contain thousands of servers that power services include Google Search, Gmail and YouTube.

By building an AI system that manages data centre cooling more efficiently, they have successfully achieved 30% energy savings. It was also designed with safety and reliability in mind, so the AI system works within strict constraints