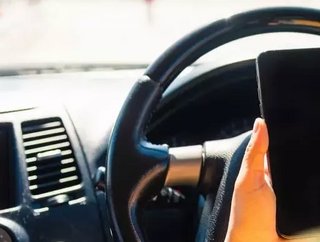 The Australian state of Victoria will introduce AI-based technology to catch drivers using their mobile phones behind the wheel from 2023 onwards...

Victoria, a state in Southeast Australia, has announced that it will invest AU$34 million in an artificial intelligence-based technology to catch 'distracted drivers' using their mobile phones.

The Victorian government claims that the technology will use high-definition cameras alongside AI to detect drivers illegally using their mobile phones, incorporating two cameras and an infrared flash that works both during the day and at night.

Any images that the AI believes to represent illegal mobile phone use are verified by official personnel, whereas images that have been rejected by the AI due to not demonstrating illegal activity "will be deleted within 72 hours," the Victorian government says.

This news comes after the government trialled the technology with Acusensus, Victoria's current traffic camera services contractor, and it tested 679.438 vehicles over a three-month period.

The results showed that "one in 42 drivers was found to be using a mobile phone", although the trial was conducted during Australia's Stage 4 COVID-19 restrictions.

Another result found by conducting the trial was that the distracted driving technology could detect if a driver is not wearing a seatbelt, with one in 667 drivers committing the offence.

The state of Queensland has also been conducting trials using the technology, whilst Acusensus provides it to the state of New South Wales, where cameras have been operating in "warning mode" since December 2019.

What is "warning mode"?

"Warning mode" is a mode adopted by Australian speed cameras and instead of fining a driver for their first speeding offence, issues them with a warning letter - that is, unless they exceed the limit by more than 30km/h, in which case they receive a court attendance notice.

The warning mode also includes a "three-strikes scheme", which issues an infringement for a third offence at a single camera location after two warning letters for two other offences.

In Australia, drivers can be fined AU$344 and lose five "demerit points" on their licence.