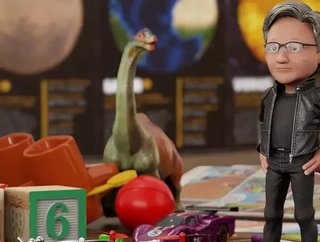 Nvidia has unveiled Omniverse Avatar, a platform for creating AI avatars, where you can communicate with human users within real-world simulation platforms

“The dawn of intelligent virtual assistants has arrived,” said Jensen Huang, founder and CEO of NVIDIA. “Omniverse Avatar combines NVIDIA’s foundational graphics, simulation and AI technologies to make some of the most complex real-time applications ever created. The use cases of collaborative robots and virtual assistants are incredible and far-reaching.”

What is NVIDIA’s Omniverse?

Omniverse Avatar is part of NVIDIA Omniverse, a virtual world simulation and collaboration platform for 3D workflows currently in open beta with over 70,000 users. Creators, designers, researchers, and engineers can connect major design tools, assets, and projects to collaborate and iterate in a shared virtual space. Developers and software providers can also easily build and sell Extensions, Apps, Connectors, and Microservices on Omniverse’s modular platform to expand its functionality.

In the first demonstration of Project Tokkio, Huang showed colleagues engaging in a real-time conversation with an avatar crafted as a toy replica of himself — conversing on such topics as biology and climate science.

The release of Omniverse Avatar will provide marketers with a solution that they can use to interact with customers in virtual worlds, and simulation platforms like Nvidia Omniverse, where users can deploy the avatars to facilitate personalised customer service interactions with consumers, and enhance customer satisfaction.