Incode earns unicorn status after $220mn Series B round 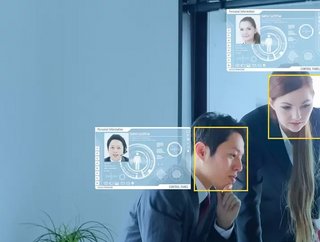 Just seven months after its Series A funding round, Incode has announced its $220mn Series B round giving it a $1.25bn valuation and earning unicorn status

Incode is a next-generation identity verification and authentication platform for global enterprises. With its new funding, bringing the company’s valuation to $1.25 billion, Incode has gained unicorn status, just seven months after its $25 million Series A round.

This latest round of funding was led by marquee investors General Atlantic and SoftBank, with additional investment from top-tier financial institutions J.P. Morgan, Capital One Ventures and Coinbase Ventures.

Over the last 12 months, Incode has shown a significant rate of growth. The company has grown 6x in revenues in the past year and is driving the latest cycle of investments, which adds to Incode’s $25 million Series A funding in March.

“Our ‘One Identity Everywhere’ vision is transforming the way humans experience their identity journeys with companies,” said Ricardo Amper, Founder and CEO of Incode Technologies.

“We have created an experience that is so seamless and frictionless, it brings that ‘Wow’ moment to the end customer when onboarding to a new bank, checking into a hotel or being admitted to a hospital. By reinventing these experiences, we are building trust and creating delight between enterprises and their customers,” he continued.

The company offers a full omnichannel orchestration platform that allows companies to have a single integration point to solve the identity problem. This tackles anything from onboarding customers in a frictionless and secure way to seamlessly authenticating them once they’re onboarded.

With its fully automated solution, Incode’s technology surpasses humans in terms of speed, privacy and accuracy. As a result, the company is able to real-time responses with much less fraud.

By owning its entire technology stack, Incode creates a direct relationship between the enterprise and the technology owner. In doing so, Incode can continually improve its technology based on customer feedback.

“Incode is a leader in the digital identity space and has developed a robust solution to address some of the industry’s most significant challenges, particularly around frictionless, secure onboarding and authentication,” said Martin Escobari, Co-President, Managing Director and Head of General Atlantic’s business in Latin America who is a lead investor in the Series B round.

He concluded: “The company’s unique platform and technology has powered its growth to date, and we look forward to partnering with and supporting Incode as it helps drive the future of identity solutions.”