Demystifying the role of RPA among automation solutions 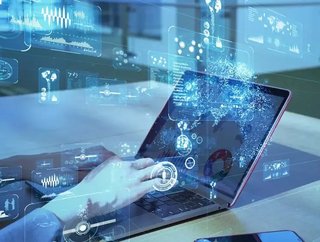 We explore the reasons why RPA is experiencing explosive growth, with insights from executives from Pegasystems, DataRobot and Teleperformance...

RPA, or robotic process automation, is increasingly big business. Gartner predicts that total RPA software revenue will reach almost $2bn in 2021, and continue to grow at a double-digit rate up to 2024, even with the pressures of COVID-19.

First, it’s worth demystifying the notion of RPA, which is a term often wrongly ascribed to other automation technologies. Francis Carden, VP, Robotics and Transformation at Pegasystems tells us that “too many people mistake RPA for machine intelligence. Its powerful benefits stem from how quickly it can automate how different software processes talk to each other. In itself, an RPA isn’t very intelligent in how it automates simple tasks.”

Exactly what is RPA capable of, then? According to Carden, RPA is ideally suited to “provide rapid automation of rote tasks and processes where humans are being paid to simply be keyboard and mouse ‘warriors’.” The ideal use case for RPA is in areas with a large volume of highly repetitive work. “The largest scale and faster ROI is in larger contact centers and front and middle offices,” says Carden.

The reasons why so many companies are deploying RPA technology and as a result driving growth in the sector are various, such as the capacity for a robotic worker to operate constantly, without mistake. But Xena Lappin, EVP Transformation & Innovation at Teleperformance, is clear that RPA is no full-scale replacement for human workers. “RPA is not about automating roles out and reducing headcount, but making tasks within jobs more efficient. Before implementing RPA, businesses must start by reviewing processes for improvement opportunities. Then it’s important to target very simple, repetitive tasks first.”

RPA also comes to the fore in serving as a go-between between the disparate enterprise systems that typically make up an organisation’s IT stack. “The prime benefit of RPA is how it unblocks specific bottlenecks that have developed within and between the enterprise applications used to progress a business process like authorising a mortgage or managing an insurance claim,” says Carden. “It is too difficult to quickly transform these processes so RPA can step in to automate how each of them can be seamlessly linked up. The outcome should be a saving of considerable time and the generation of a quick ROI.”

Another of its strengths lies in playing nice with other technologies which can be layered on top, as Andrew Pellegrino, Director of Intelligent Automation at DataRobot, explains: “When AI or machine learning is combined with RPA, organisations can add even greater value by enabling RPA to take action on data-driven decisions or predictions. With Intelligent Automation - the resulting solution - AI or machine learning automates the decision-making and RPA automates the manual next steps within the process.”

The ongoing COVID-19 pandemic presents an unexpected opportunity for RPA to thrive, owing to the restrictions it places on human workers. “By automating manual processes and offering a contactless solution, businesses can free up time and improve operational performance and productivity,” says Lappin. “In a recent Forrester survey, nearly half of respondents said they expect to increase their RPA spend by at least 5 percent in the next year.”

Pegasystems’ Carden concurs, saying: “The pandemic injected real urgency and pace into the take-up of smart automation, including RPA. We surveyed global businesses about their preparedness for future lockdowns. 76% of respondents said the pandemic will cause them to increase their intelligent automation investment. Meanwhile, 74% of survey participants agree that further external shocks that temporarily remove people from the workplace will result in more intelligent automation and artificial intelligence investment, while 76% also say that unpredictable mass illness and/or self-isolation will drive increased business demand for intelligent automation.”

It would be wrong to suggest that it’s plain sailing for the implementation of RPA from here on in, however, with significant challenges remaining. One of the problems that might bring down an RPA deployment is simple coordination, as Carden explains: “The problem is organisations must make sure that the work performed by robots is coordinated between the right bots, people and systems. When this isn’t orchestrated well enough, the benefits of RPA evaporate. Orchestration should be the first point of call regardless of who’s doing the work: a robot, human, system or even an AI.”

Bots are also not the idealised, perfect beings you might imagine, with malfunctions a distinct possibility. Indeed, 87% of IT decision-makers have experienced bot malfunctions, according to a Pegasystems study. That can be mitigated by continual evaluation of the technology. “Once implemented, RPA should not be forgotten about – it requires consistent appraisals, to keep up with the ever-changing world of regulation and advancements in technology,” says Lappin.

The future of the technology will be dictated by its evolution and the addition of new features, with DataRobot’s Pellegrino seeing something of an automation saturation. “It is difficult to find a highly transactional, repetitive task that is not already automated internally,” he says. “This is why the demand for AI/ML in conjunction with RPA has spiked recently as new use cases for automation require adding AI/ML to automate the intelligent decision making RPA alone cannot do.”