Can a robot nurse bring us closer to the original AI dream? 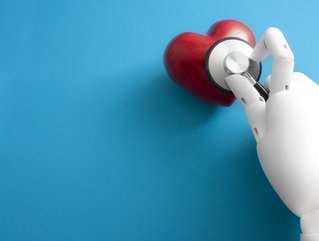 A new humanoid robot designed by Awakening Health, a joint venture between SingularityNET and Hanson Robotics, promises to revolutionise healthcare and provide care and companionship for elderly patients.

Aptly named Grace, our robot nurse combines the precision of advanced robotics for processing and gathering accurate data in real-time, with the empathy and compassion that, traditionally, only the human touch can offer. She can recognise and respond to seven human emotions, speaks fluent English and Korean, and can mirror her interlocutor’s facial expressions. In some meaningful ways, she is the most empathetic humanoid ever created.

Grace has been designed as a companion for elderly patients in care facilities. Her main function is relieving loneliness and improving the patients’ mental health by interacting with them and providing a variety of uplifting activities, such as talking therapies and guided meditation. For example, she can listen to senior citizens’ life stories, record them and report them back to others, or she can help patients get in touch with their families digitally.

Grace can also perform basic health checks like monitoring a patient’s temperature, pulse and blood pressure, and relay this back to their healthcare provider. Her advanced AI systems will also assist doctors and nurses in making more accurate diagnoses, in particular for what concerns neurodegenerative disease.

Why a robotic medical assistant?

In 2019, Age UK reported that one in eleven NHS posts were vacant and £5.5bn was spent on temporary staff to cover vacancies and other short-term absences in 2017/18. They also reported that the lack of preventive care was leading to more elderly patients requiring A&E services. Emergency admissions from care homes increased by 62% from 2010/11 to 2016/17, and emergency readmissions to hospital within 30 days of discharge for all patients rose 22 per cent between 2013/14 and 2017/18.

This data is not just pertinent to the UK — a similar spike in demand for elder care has been reported worldwide. And since 2019, the situation has only worsened.

The COVID-19 pandemic has shown us that healthcare professionals are often overworked, while patients suffer as a result of isolation. While scientific advances are helping fight COVID-19, broader issues with the healthcare system are not going away any time soon.

New needs call for new solutions, and AI and robotics have enormous potential to transform the medical arena for the better. While AIs like Grace won’t replace a patient’s family or the skills of trained medical professionals, they can massively contribute to the patient’s psychophysical wellbeing. 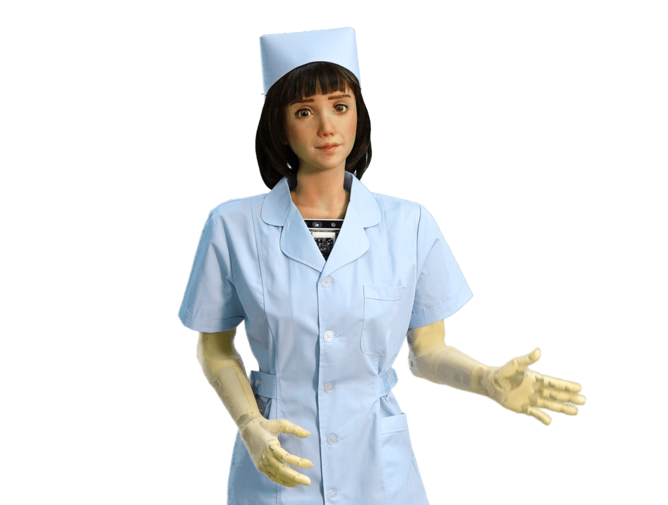 One step closer to singularity

The majority of AI research has focused on solving domain-dependent, highly specific tasks; robots like Grace, on the other hand, are built with artificial general intelligence (AGI) in mind. AGI’s goal is that of building systems with intelligence comparable and ultimately superior to that of the human mind — the grand dream of the forefathers of AI.

The achievement of true AGI will usher humanity in the age of technological singularity, a point in time when AI entities will eventually achieve greater independence from the initial dataset they’ve been trained with, giving life to a new form of superintelligence that transcends that of humans.

While Grace is still far from being an independent, thinking being, she marks a meaningful step in this direction. Compared to her ‘big sister’ Sophia, Hanson Robotics’ most famous humanoid, Grace has reached a more advanced degree of autonomy and shows an increased ability for generalisation beyond the data she has been trained with. This allows her to interact in situations for which she hasn’t been prepared and to respond to a variety of scenarios just like a human would.

Grace’s hardware and lower-level operating software are based on the same Hanson Robotics platform as Sophia. However, Sophia is intended to carry out a wide variety of different interactions, whereas Grace is specifically focused on healthcare. Her relatively specialised focus has allowed us to take a different approach to her software, which incorporates some more sophisticated AI tools that have been more straightforward to implement in her narrower realm.

Grace’s software leverages the OpenCog AI systems in more advanced ways than Sophia’s occasional use of OpenCog, using subtle interoperation between OpenCog and a variety of neural vision and language models. This different software architecture means Grace carries out some different sorts of reasoning and perception than Sophia currently does.

However, both Grace and Sophia are rapidly evolving systems. The plan is to upgrade Grace to the new OpenCog Hyperon system in late 2022 or early 2023, which should be a major step toward general intelligence.

Meanwhile, SingularityNET and Hanson Robotics are launching a Sophia-themed AR/VR metaverse project, which is adapting the software underlying Grace for Sophia in both her robot and avatar forms, as part of an initiative to have Sophia run a broad variety of AI systems in the metaverse.

A friend here to stay

In the future, robots will increasingly play a role in our everyday lives, as part of the ongoing advance and penetration of AI. Within a decade or two, AI will be as ambient in our everyday lives as electrical power – with a subtle mix of AGI and narrow AI systems helping us out in every aspect of our daily routines, including healthcare.

Humanoid robots will play an important role where deep emotional connection is needed, but the overall activity of the AI matrix will go beyond any particular hardware device or interface. To guarantee that these new powerful minds will benefit society at large, it will be crucial to ensure that they are controlled and guided in a democratic and decentralised way, rather than by a single government or corporation.

This is the core goal of SingularityNET — using blockchain to create a decentralised infrastructure for global AI systems, including the ones running on humanoid robots. This will allow us to fulfil the grand AI dream and create access to benevolent, compassionate AI entities for everyone. 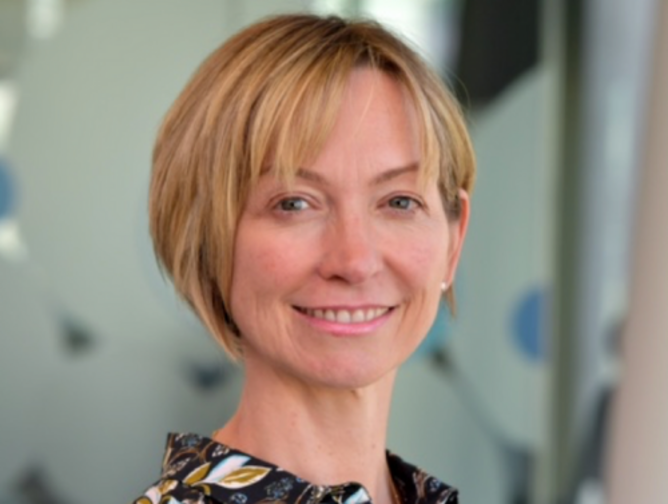 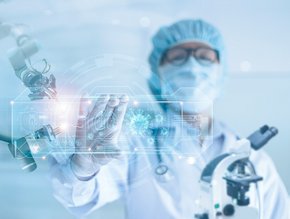 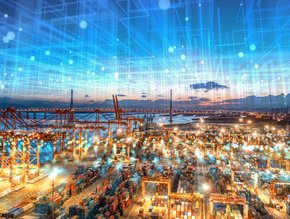 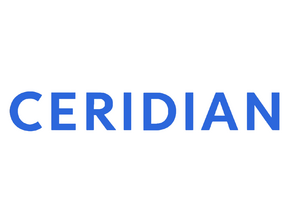