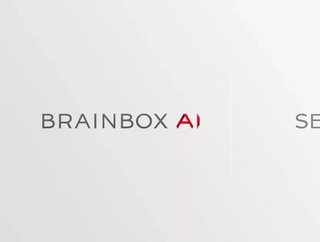 Leaders in autonomous building technology, BrainBox AI will use the money raised to further deploy its AI technology and develop new innovations

In this latest round of funding, the company raised USD$24 million and the Series A round included new lead investor ABB as well as investments by Esplanade Ventures and Desjardins Capital.

"With buildings producing 28% of the world's total carbon emissions, it is more critical than ever to bring scalable clean technology to our cities. Overlaying autonomous artificial intelligence on existing infrastructure in the built environment is not only a rapid and impactful means to energy efficiency but also a crucial step towards future grid-interactive buildings," says Sam Ramadori, President of BrainBox AI.

"We are excited to be working with investors who share our vision and understand how industry-changing AI energy solutions can support our goal of 100% renewable power for the planet," he continued.

To date, BrainBox AI has transformed over 100 million ft2 of building space across five continents. In doing so, the company has provided real estate asset owners with a scalable and impactful tool to achieve their aggressive net-zero objectives.

By installing its technology in both developed and developing nations, BrainBox AI are also addressing the equity, accessibility, and affordability challenges the world faces in its fight against climate change.

He added: "I am confident that ABB's investment in BrainBox AI, combined with our ABB Ability Building Ecosystem, will help us leapfrog current approaches to digital transformation, further reduce energy costs and play our part in addressing climate change."

With its next phase of innovation, BrainBox AI looks to harness the power of its core technology to tackle the energy transition by creating energy demand flexibility within building clusters.

The energy sector is already undergoing a major global transition underpinned by the decreasing cost of renewable power generation.

It does this by providing energy and capacity back to the grid, contributing to cleaner and more efficient consumption.

Highlighting the significance of its technology in making the world more sustainable, BrainBox AI is one of 10 companies globally selected to showcase its game-changing technology at the upcoming 26th United Nations Climate Change Conference (COP26) under the Tech For Our Planet challenge program.