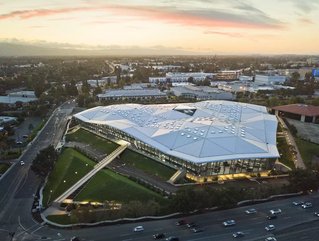 Valued at nearly $11 billion, the story of Nvidia is a fascinating one that Biz Clik couldn't resist exploring...

Jensen Huang (CEO as of 2020), a Taiwanese American, who was previously director of CoreWare at LSI Logic and a microprocessor designer at Advanced Micro Devices (AMD), Chris Malachowsky, an electrical engineer who worked at Sun Microsystems, and Curtis Priem, previously a senior staff engineer and graphics chip designer at Sun Microsystems, joined forces to create graphics-based computing. the next wave of computing: graphics-based. They used "invidia" as it is the the Latin word for "envy".

In late 1999, Nvidia released the GeForce 256 (NV10), which began to outperform the competition significantly, due to the introduction of transformation and lighting (T&L) to consumer 3D hardware. Microsoft began to work with Nvidia on the graphics hardware for the Xbox, which would be a key turning point.

The publication highlighted Google Earth as a significant breakthrough: "As bandwidth becomes cheap and ubiquitous, people will want 3D power as much online as they do now in desktop games, and the demand for graphics processors will grow."

Nvidia acquire British semiconductor and software design company Arm Holdings fro $40 billion. This would lead to an announcement to develop the world's most powerful computer - at a cost of $40 million - in Cambridge, home of Arm Holdings. According to Jensen Huang, "The Cambridge-1 supercomputer will serve as a hub of innovation for the UK, and further the groundbreaking work being done by the nation’s researchers in critical healthcare and drug discovery."

The takeover of Arm Holdings is stalled, as the UK's Competition and Markets Authority raised "significant competition concerns". Later in the year, a European Commission began a competition investigation, which is set to end on March 15, 2022.