Robots and automation: The trial-and-error approach 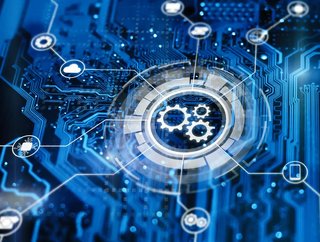 The robot revolution has truly begun, with automation helping economies drive efficiencies and lower costs at every stage of every process

The robot revolution has truly begun, with automation helping economies drive efficiencies and lower costs at every stage of every process. Asia has long been at the forefront of the robot race, but now joining China, Japan and South Korea are the US and Germany. Nearly three-quarters of total global robot sales are attributes to these five countries.

The UK, the seventh-largest manufacturing market in the world, is severely falling behind in the adoption of automation applications and robotics, accounting for 0.6% of annual global shipments of industrial robots. A lack of government incentives together with the hesitation to invest heavily in digital technologies has led UK manufacturers to place automation on the backburner and to miss out on the tangible benefits that automation and the use of simulation software can bring.

This prompts two questions of what benefits exactly can come from increased automation in the UK manufacturing process and what measures are currently being put in place to incentivise UK-based businesses?

There is no doubt that introducing robots to manufacturing is a complex and time-consuming process. To ensure safety on the shop floor and continuous high quality of products, they need to be well-programmed, and that requires careful planning.

However, even at the planning stage, a lack of specialist skills among UK businesses is clearly visible, creating an understandable level of hesitation to begin tackling robotics. Devising the robot’s reach, joint limits and any potential collisions is also a fraught process and can be costly if done incorrectly. For example, something as simple as a robot with insufficient reach from an inaccurate CAD design could be enough to be a very expensive mistake if made in a real environment.

Having clear visibility and being able to test any potential collisions first in a simulated environment can encourage manufacturers to transform their processes quicker, with more confidence, and with no risks to their production areas. Robust 3D manufacturing simulation software can simulate robotic movements and how they interact with humans, equipment and other machines around them. The transparency provided by the software, therefore, supports de-risking of capital spending, which can be an expensive outlay for the business. As many mistakes can be made in the virtual environment as needed, saving time and frustration for employees.

Robots and workplace automation can increase efficiency, accuracy and profitability, but without careful planning and running no simulations, there can be dangerous hazards and serious consequences. By being able to import CAD designs into a robust 3D simulation software, critical information can be better understood, such as production volumes, throughput, cycle times and defects.

Taking advantage of a risk-free virtual environment however is no use without realism and high-quality replication of a real environment, with businesses potentially previously hesitant to adopt simulation software due to concerns about the accuracy of current solutions. The realism offered by cutting-edge simulation software means that it’s not just possible for manufacturers to simulate how and where robotics and automation should be applied, but can also provide valuable insight to current setups and dictate where they can be best utilised.

Conventional solutions have also struggled to integrate effectively with varying robot brands and be able to post-process code, where output statements are translated from the simulation to a target robot controller and its language. A cutting-edge and robust piece of software can tackle this task with ease. It’s important to remember also that simulation can be applied to the entire end-to-end manufacturing environment, whether it’s the manufacturing process, assembly process or packaging.

It is understandable that manufacturers prioritise reducing costs and may be hesitant to heavily invest in robotics and simulation software due to the upfront investment required. However, the long-term ROI of investing in the software can allow for detailed planning in the integration of robotics and the ability to avoid expenditure that can rack up to millions of pounds if not accounted for. The key here is not just cost reduction, but awareness and the ability to avoid a hefty and unnecessary cost altogether.

Accelerating the robot race with incentives

While the benefits of utilising simulation software are clear, there are also external factors that have contributed to the UK’s slow adoption of robotics in the past. The UK government has never been quick to incentivise new initiatives for digital transformation, robotics in particular, but that is about to change.

The super-deduction capital allowance has recently been introduced, which allows UK manufacturers to claim a 130% deduction on qualifying plant and machinery investments, with a further 50% first-year allowance for qualifying special rate assets. In addition, various tax reliefs are now being made available for Research and Development projects for UK businesses.

As the global robot race accelerates, keeping pace with the leaders will become even more crucial in the coming years. Emerging incentives give UK manufacturers a good starting point to adopt automation and utilise simulation software more widely in their processes, ultimately easing the initial outlay on the technology and competing on a global scale. By experiencing 3D simulations online, manufacturers can learn and benefit from unprecedented levels of efficiency, increased productivity and the ability to avoid costs that could otherwise impact the long-term viability of the business.