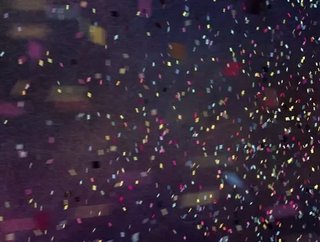 Centre for Data Ethics and Innovation calls for more transparency in algorithms for machine learning in the public sector...

A new report says there is too little transparency in algorithmic decision-making, leading to a risk of bias.

Although the Review into Bias in Algorithmic Decision Making from the UK’s Centre for Data Ethics and Innovation (CDEI) concentrates exclusively on the public sector, there is plenty of learning for private companies hoping to produce more ethical machine learning practices.

The report follows criticism of the UK government’s handling of exam predictions using an algorithmic approach. The government opted to blame the algorithm, which the authors cite as unacceptable – they say the ownership of blame should always lie with humans.

It quotes the UN special rapporteur Philip Alston, who said, “Government is increasingly automating itself with the use of data and new technology tools, including AI. Evidence shows that the human rights of the poorest and most vulnerable are especially at risk in such contexts. A major issue with the development of new technologies by the UK government is a lack of transparency.”

However, it also concedes that “despite concerns about ‘black box’ algorithms, in some ways algorithms can be more transparent than human decisions”.

• Employment practice codes should also be updated to acknowledge AI

• Government should review, and if necessary update, the clarity of existing equality laws in the face of algorithmic development

• Regulators should bring algorithmic discrimination into consideration in their activities

• Regulators should work together to provide jointly issued guidance

The executive summary said: “This review has been, by necessity, a partial look at a very wide field. Indeed, some of the most prominent concerns around algorithmic bias to have emerged in recent months have unfortunately been outside of our core scope, including facial recognition and the impact of bias within how platforms target content (considered in CDEI’s Review of online targeting).

“Our AI Monitoring function will continue to monitor the development of algorithmic decision-making and the extent to which new forms of discrimination or bias emerge. This will include referring issues to relevant regulators, and working with government if issues are not covered by existing regulations.”