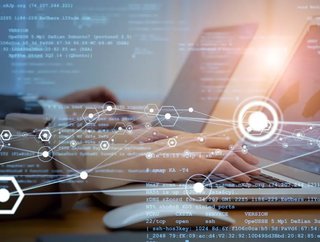 Following the announcement that Mimica has raised $6 million in Series A, we take a look at the company’s growth and work with AI since its founding

Co-founded in 2018 by Raphael Holca-Lamarre and Tuhin Chakraborty through Entrepreneur First, Mimica looks to build artificial intelligence (AI) that can learn to automate repetitive computer work.

Its first product was a process mapping tool that observes work and generates a flow diagram of the process.

Just a year later the company raised its first round of seed financing through Episode 1 Ventures and grew its R&D team to 10 people.

Then, after a few breakthroughs in its technology, 2020 saw the company launch the first version of its process mapping product to critical acclaim from the market. Following this launch, Mimica has worked with Dell, AT&T, Hexaware, Experis and Ironbridge.

The latest milestone for Mimica is the success of its $6 million Series A funding round led by Khosla Ventures, with this funding the company plans to establish a sales team in the U.S. and build out its product.

Vinod Khosla, founder of Khosla Ventures, said: “We invested in Mimica because the founding team has a terrific combination of deep technical expertise in building AI systems and a thorough understanding of the challenges faced by an enterprise when managing processes.”

Mimica’s team is formed of 12 neuroscientists, computational biologists, software engineers, machine learning experts, operators, and creatives from eight different nationalities. In the coming year, the company is planning to expand the team to over 30.

Through its technology, Mimica is accelerating the deployment of robotic process automation (RPA) with AI. Its products, Mimica Miner and Mimica Mapper were designed to show companies which process to automate as well as highlight the process exceptions and variants.

By combining the two offerings, Mimica’s toolset dramatically accelerates automation deployments, allowing companies to automate up to 10x as much work annually.

Miner discovers the most automatable parts of an employee’s work. By sitting on computers for 1-2 weeks Miner can automatically categorise work into processes. It also tells users how much time is spent in each process, and how automatable it is, focusing automation efforts and maximising ROI.

The Mapper product generates complete blueprints for bots that contain all the information needed to develop the automation.

In 1 week, BAs and developers get a process map containing all decision points, business rules, exceptions and variants in the process. The map is generated using production data, eliminating cyclical discussions and iterative testing.