How Insitro is applying machine learning to drug discovery 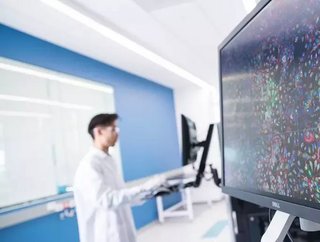 Insitro specialises in turning the power of machine learning onto the problem of drug discovery and development...

One of the most exciting and potentially revolutionary areas AI is impacting is medicine, whether that’s processing scans to catch markers doctors might miss or something as mundane as automating a hospital’s back-end.

Insitro specialises in turning the power of machine learning onto the problem of drug discovery and development - traditionally a resource- and capital-intensive process that makes it exclusively the preserve of big pharma.

The San Francisco, California-based company seeks to upend that via data which is fed into predictive models. The company’s efforts are currently focused particularly on neuroscience and liver diseases - with machine learning used to carry out statistical genetics to discover targets with the most potential and aid in therapeutics design.

Since its 2018 foundation, the company has raised almost $750mn across four funding rounds, with its latest Series C, announced yesterday, being its largest to date. The $400mn round was led by investing heavyweight the Canada Pension Plan Investment Board, alongside a raft of others including Andreessen Horowitz, BlackRock, Temasek and Softbank Investment Advisors.

“The Insitro team has developed a powerful approach to drug discovery based on the wholesale application of machine learning to every phase of the process: target identification, lead discovery, and the elaboration of highly evolved therapeutic candidates,” said Insitro board member Dr. Roger Perlmutter.

The company said it would use the funds to expand its platform and devote resources to databases.

“For Insitro, 2020 was a year of incredible growth and progress toward our founding vision of bringing the predictive powers of machine learning to drug discovery,” said Daphne Koller, Insitro’s founder and CEO. “This Series C financing, alongside our Series B in mid-2020, provides us with tremendous resources from some of the best long-term investors in biotech, and will allow us to continue to expand our work towards bringing transformative medicines to patients faster and with fewer failures.”