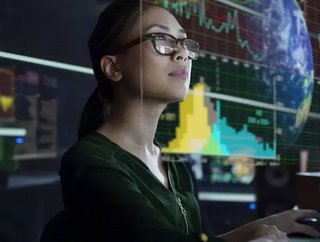 The company is attempting to overthrow the well worn notion of a single source of truth as unachievable in the modern age, thanks to the array of sources and data management systems present in the modern world. Instead, it offers a “single point of access”, powered by technology known as Trino that allows for the quick querying and analysis of data no matter what database it resides in, thus simplifying data infrastructure. Its customers include the likes of Tableau, Comcast and Condé Nast.

Since its 2017 foundation, the company has raised $164mn across three funding rounds. Its latest Series C round, announced yesterday, saw the company raise $100mn, propelling it to a tech unicorn valuation of $1.2bn. The round was led by Andreessen Horowitz, alongside Coatue, Index Ventures and Salesforce Ventures.

In a press release, Justin Borgman, CEO and co-founder of Starburst, said: “Today, the only constant is change, and organizations need to make faster and better decisions in order to adapt. Starburst is changing the game by allowing you to query the data wherever it lives. We provide high-performance data warehousing analytics across data you never had access to before.”

The company said it would use the funds to fuel growth as organisations change their approach to data analytics.

“To succeed in today’s digital economy, organizations need to break through the limits previously experienced when accessing their most critical asset – their data,” said David George, General Partner at Andreessen Horowitz. “With its disciplined approach, long-term vision, and workhorse mentality, Starburst is building the technology required to unlock the value of all data. By enabling organizations to access data wherever it resides, Starburst is providing the foundation for the future of the data-driven enterprise.”