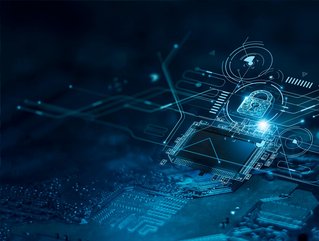 Revealing costlier and higher-impact data breaches than ever before, IBM Security’s recent Cost of Data Breach Report founds the global average cost of a data breach has reached an all-time high of US$4.35mn for surveyed organisations.

Breach costs have increased by nearly 13% over the last two years, according to the report, and findings suggest these incidents may also be contributing to rising costs of goods and services.

Interestingly, 60% of studied organisations raised their products or services price due to the breach, when the cost of goods is already soaring worldwide amid inflation and supply chain issues.

“Businesses need to put their security defences on the offence and beat attackers to the punch. It’s time to stop the adversary from achieving its objectives and start to minimize the impact of attacks. The more businesses try to perfect their perimeter instead of investing in detection and response, the more breaches can fuel cost of living increases.” said Charles Henderson, Global Head of IBM Security X-Force.

“This report shows that the right strategies coupled with the right technologies can help make all the difference when businesses are attacked,” he added.

IBM Security offers an advanced and integrated portfolio of enterprise security products and services. Its portfolio is supported by world-renowned IBM Security X-Force research, which enables organisations to effectively manage risk and defend against emerging threats.

Sadly, the sheer amount of cyber attacks is shedding a light on the damaging effect data breaches are having on business. This is reflected in the report as it finds that 83% of organisations have experienced one or more breaches in their history.

The after-effects of breaches on organisations are also becoming a problem as they linger long after they occur meaning companies are going to feel the impact of a breach for longer - the report found that 50% of breach costs are incurred more than a year after it occurred.

One key finding from the 2022 report is that almost 80% of critical infrastructure organisations don’t adopt zero trust strategies, and as a result, average breach costs are rising to US$5.4mn. This is a US$1.17mn increase compared to those that do.

It also found that it isn’t beneficial to pay cyber criminals for ransomware attacks - ransomware victims in the study that opted to pay threat actors’ ransom demands saw only US$610,000 less in average breach costs compared to those that chose not to pay.

For security maturity in clouds, 43% have not started or are in the early stages of implementation of cloud security so it is still relatively immature - these organisations are experiencing over US$660,000 on average in higher breach costs than studied organisations with mature security across their cloud environments.

Finally, for security AI and automation, the report found that this technology is the key to saving costs. Those with this technology incurred US$3.05mn less on average in breach costs compared to studied organisations that have not deployed the technology.

Additional findings in the 2022 IBM report include:

The 2022 Cost of a Data Breach Report is based on an in-depth analysis of real-world data breaches experienced by 550 organisations globally between March 2021 and March 2022. The research, which was sponsored and analysed by IBM Security, was conducted by the Ponemon Institute.