Databricks raises $1.6B at $38B valuation 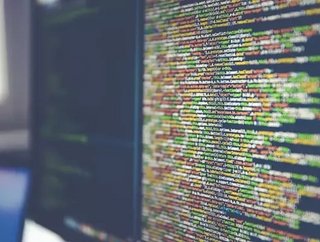 Databricks this morning confirmed reports that it was raising new capital at a higher valuation. The data and AI-focused company has secured a $1.6 billion round at a $38 billion valuation, it said. Bloomberg first reported last week Databricks was pursuing new capital at that price.

The Series H was led by Counterpoint Global, a Morgan Stanley fund. Other new investors included Baillie Gifford, UC Investments and ClearBridge. A grip of prior investors also kicked in cash to the round.

The company makes open source and commercial products for processing structured and unstructured data in one location, and views its market as a new technology category. Databricks calls the technology a data “lakehouse”  - a mashup of both data lake and data warehouse.

Its CEO and co-founder Ali Ghodsi said he believes its new capital will help his company secure market leadership.

Since the 1980s, large companies have stored massive amounts of structured data in data warehouses, but more recently, companies like Snowflake and Databricks have provided a similar solution for unstructured data, called a data lake.

Combining structured and unstructured data in a single place with the ability for customers to execute data science and business-intelligence work without moving the underlying data is a critical change in the larger data market, according to Ghodsi.

He said: “Data lake houses are a new category, and we think there’s going to be lots of vendors in this category. So it’s a land grab. We want to quickly race to build it and complete the picture,” he said.

Databricks has reached the $600 million annual recurring revenue (ARR) milestone, it disclosed as part of its funding announcement. It closed 2020 at $425 million ARR. Its new ARR figure represents 75% growth, measured on a year-over-year basis. That is quick for a company of its size as, per the Bessemer Cloud Index, top-quartile public software companies are growing at around 44% year over year. Those companies are worth around 22x their forward revenues.