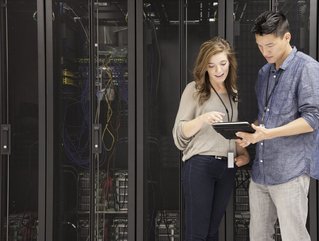 Cybersecurity resilience has emerged as a top priority, as 62 per cent of organisations say they have experienced a security event that impacted business

Security resilience is a priority for 96 per cent of executives surveyed in the latest edition of Cisco's annual Security Outcomes Report released today, as 62 per cent of respondents say their organisation experienced a recent security incident.

The findings are based on survey responses from over 4,700 participants across 26 countries. Executive support and cultivating a security culture were two of the top three success factors for achieving resilience, and the adoption of zero trust, secure access service edge, and extended detection and response technologies resulted in significant increases in resilient outcomes, say Cisco researchers.

The leading types of incidents were network or data breaches (51.5 per cent), network or system outages (51.1 per cent), ransomware events (46.7 per cent) and distributed denial of service attacks (46.4 per cent).

These incidents resulted in severe repercussions for the companies that experienced them, along with the ecosystem of organisations they do business with. The leading impacts cited include IT and communications interruption (62.6 per cent), supply chain disruption (43 per cent), impaired internal operations (41.4 per cent) and lasting brand damage (39.7 per cent).

A total of 96 per cent of executives surveyed for the report said security resilience is a high priority for them. The findings further highlight that the main objectives of security resilience for security leaders and their teams are to prevent incidents and mitigate losses when they occur.

"Technology is transforming businesses at a scale and speed never seen before,” says Helen Patton, CISO, Cisco Security Business Group. “While this is creating new opportunities, it also brings with it challenges, especially on the security front. To be able to tackle these effectively, companies need the ability to anticipate, identify, and withstand cyber threats and if breached be able to rapidly recover from one. That is what building resilience is all about.

"Security, after all, is a risk business," says Patton. “As companies don't secure everything, everywhere, security resilience allows them to focus their security resources on the pieces of the business that add the most value to an organisation and ensure that value is protected.”

This year's report has developed a methodology to generate a security resilience score for the organisations surveyed and identified seven data-backed success factors. Organisations that had these factors present were among the top 90th percentile of resilient businesses. Conversely, those lacking them placed in the bottom 10th percentile of performers.

The findings of the study underline the fact that security is a human endeavour as leadership, company culture and resourcing have an oversized impact on resilience:

In addition, businesses need to take care to reduce complexity when transitioning from on-premise to fully cloud-based environments:

"The Security Outcomes Reports are a study into what works and what doesn't in cybersecurity. The ultimate goal is to cut through the noise in the market by identifying practices that lead to more secure outcomes for defenders," says Jeetu Patel, Executive Vice President and General Manager of Security and Collaboration at Cisco. "This year we focused on identifying the key factors that elevate the security resilience of a business to among the very best in the industry."