Human-AI hybrid designers to produce fashions of the future 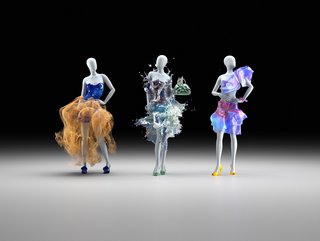 In the future, everybody will have the opportunity to make their fashion design dreams a reality with the help of AI models, say South Korean researchers

The fashion industry has seen a significant increase in the use of artificial intelligence. From personalising customer fashion recommendations to optimising supply chain management and improving sustainability, AI plays a vital role in the fashion world. However, while many tasks are being automated, creative processes in fashion design remain mostly human-driven.

A new study, published in the journal Thinking Skills and Creativity, conducted by Assistant Professor Yoon Kyung Lee from Pusan National University in Korea, delves into the practical applicability of AI models in the fashion industry. The study focuses on investigating how AI can be implemented in creative designs and how it can work alongside human designers. The research also highlights a gap in the field, as designers are not often involved in the research and development of AI in the fashion industry, with most studies conducted by data scientists.

"At a time when AI is so deeply ingrained into our lives, this study started instead with considering what a human can do better than AI," says Lee. "Could there be an effective collaboration between humans and AI for the purpose of creative design?"

Initially, Lee generated new textile designs using deep convolution generative adversarial networks (DC-GANs) and cycle-GANs. These designs were then compared to similar designs produced by design students. The comparison revealed that although designs produced by both were similar, the biggest difference was the uniqueness and originality seen in the human designs, which came from the person's experiences.

However, the study also found that using AI in repetitive tasks can improve the efficiency of designers and free up their time to focus on more high-difficulty creative work. AI-generated designs can also be used as a learning tool for people who lack expertise in fashion and want to explore their creativity.

In light of these findings, Lee proposes a human-AI collaborative network that integrates GANs with human creativity to produce designs. She also established a human-AI model where the designer collaborates with AI to create a novel design idea. The model is built so that if the designer shares their creative process and ideas with others, the system can interconnect and evolve, thereby improving its designs.

"In the future, everybody will be able to be a creator or designer with the help of AI models,” says Lee. “So far, only professional fashion designers have been able to design and showcase clothes. But in the future, it will be possible for anyone to design the clothes they want and showcase their creativity.”