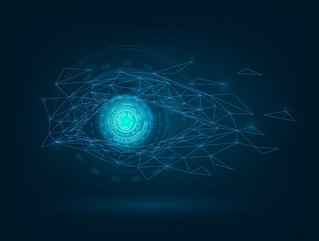 Artificial intelligence models cannot yet beat humans for image recognition, researchers have found. But AI-powered computer vision will be an essential part of global commercial growth, and engineers hope inspiration from the human eye might help even the score.

Researchers from HSE University and Moscow Polytechnic University found AI models are worse at recognising images due to a lack of understanding about physiology.

The scientists uploaded images of classical visual illusions to IBM’s Watson Visual Recognition’s service. These images consisted of geometric silhouettes partially hidden by geometric shapes. The system attempted to ascertain the nature of the image and give an indication of the certainty of its response.

The study – the results of which were published in the Proceedings of the Seventh International Congress on Information and Communication Technology – discovered artificial intelligence is unable to recognise imaginary figures.

“Objects similar to those that we used during the experiment can be found in real life,” says study author Vladimir Vinnikov, an analyst at the Laboratory of Methods for Big Data Analysis of HSE Faculty of Computer Science.  “For example, autopilot of a car or aeroplane perceives a trailer or a radio tower, which at night are indicated only by marker lights, the same way as we perceive imaginary geometric shapes.”

A human viewer will complete the picture due to constant eye movement, a physiological feature of our vision, explains Vinnikov. AI-powered vision does not operate the same way as its light-sensitive matrix is not as free in movement as the human eye and cannot complete imaginary lines. Machine vision sees only what is actually depicted, says Vinnikov, whereas humans can complete the image using their imagination.

Neural networks will be essential for global commercial growth

Neural network image recognition systems will be essential in the commercial sector, but accuracy of recognition is going to remain an important question until it is properly answered. For example, an accident may occur if the autopilot of a car or aeroplane does not recognise an object with low contrast relative to the background, say researchers.

Inaccuracy of machine image recognition can be corrected, however, by simulating some of the physiological features of human eye movements. The addition of vector description of the images would also help machine-powered vision make more sense of potential confusing images.

“Imaginary objects should definitely be used as tests in systems that depend on the recognition of photo and video streams, for example, in autopilots of cars or drones. This will help to avoid the risks associated with the use of machine intelligence systems in industry and transport systems,” says Vinnikov.