Virtual reality to change trading for pros and others 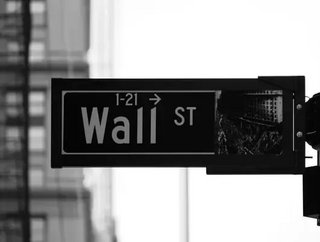 Virtual reality is not big business yet, but as such platforms rapidly evolve and more firms sell the technology, many companies are starting to think it may well be soon.

Glimpse Group is an umbrella company for several different VR businesses with real-world applications. The company went public last month and has eight VR groups in its portfolio, including telehealth, entertainment, as well as learning programs for schools and businesses.

The business is also focused on stock trading through a business called D6 VR, developed by former Morgan Stanley analyst Andy Maggio. He said he believed VR will be the ‘most transformative technology’ in this lifetime and adds that the quality of the technology is rapidly improving, despite it being not ready for ‘prime time’. “The resolution is double what it was five years ago the hardware is moving forward very quickly, it’s lighter and easier to use,” he said.

Slow uptake but the future of finance

However, while several financial firms have experimented with the technology, none are making plans to tear down their physical trading floors anytime soon.

Former hedge fund manager and Glimpse Group CEO Lyron Bentovim added he wasn’t surprised by the pace and added although Wall Street was slow to adapt, he believed that this was the future of trading.

Bentovim makes the argument that a trader can see usually six to eight screens at the most in the physical space, which is limited. But with VR, traders would be able to see and interact with dozens of screens and layer data upon data. “I can see a trader observing multiple trends and then immersing him or herself in the data without being constricted by physical limits,” he said.

While Glimpse Group tries to make a name for itself in the space, it isn’t the first to enter. British firm FlexTrade, which specializes in creating software for financial companies, presented its first VR program for traders at a 2017 conference.

FlexTrade’s research and development team has been giving clients test runs on augmented reality which incorporates a suite of data, charts and information into a real-world setting so that users see things in both the real and virtual world at the same time.

Executives in this space admit it can be uncomfortable and disorienting to wear a headset for multiple hours at a time, but also say they make the case that VR allows the potential for clients and financial professionals to work free from distractions for part of their day.