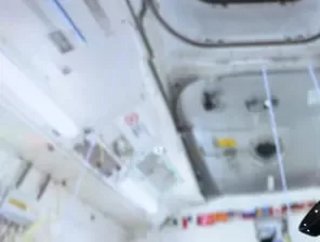 Nreal, a Chinese company making glasses for so-called augmented reality experiences, is looking to go public within five years, its CEO has announced.

Chi Xu said he thinks this is a major tech market and that he was really looking forward to what’s going to happen in the next 10 to 15 years. He added there were many good opportunities in the technology and the market size was going to be massive. He went on to say an initial public offering for the company could come ‘in less than five years’.

How this will work

The company’s flagship product is a pair of lightweight glasses called Nreal Light, which has been released in a handful of markets including South Korea and Japan. Nreal says its glasses allow users to experience “mixed reality” - where digital images are superimposed over the real world.

The Nreal Light connects to a smartphone. One of the immediate uses is that it frees people from being tied to their small smartphone screens. Xu explained that whatever is being displayed in the cell phone screen in front of someone’s face - and that can be in 3D - that can then be in ultra-high definition and put into a massive screen.

Nreal’s ambitions pit it against technology giants that also see a bright future in augmented reality. Apple CEO, Tim Cook, has called AR ‘the next big thing’ and the iPhone giant is reportedly now working on a headset. Facebook, Microsoft, Google and other technology companies are all investing in AR as well.

However currently the headsets which are on the market are expensive and often bulky. Nreal is now hoping its portable nature will therefore appeal to consumers. The price varies by market, depending on how it is distributed. For example, in Japan the headset costs in the region of $700, but in South Korea, the device can be purchased through a telecom operator’s plan which subsidizes the headset down to around $300.

The company has a platform for developers to create apps for the headset’s operating system called Nebula. Xu said this was very similar to what Apple has been doing for its smartphones and offers a platform where people use it for different kinds of experiences and developers. Nreal also has some notable backers, including Kuaishow, the Chinese short video platform and iQiyi, a video streaming service, which have both invested and would be working on the new interface.