What is the Internet of Behaviours (IoB)? 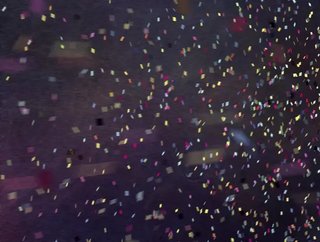 The Internet of Behaviours (IoB) is one of the fastest growing tech trends. So what is it and how can you make use of it?

The Internet of Behaviours? What’s that?

Let’s put the Internet of Behaviours (IoB) aside for a minute while we talk about ‘digital dust’. This miasma of information comes from consumer data and can be collected, combined and analysed to make assumptions about, yes, consumer behaviour.

IoB is a fusion of His Dark Materials and Minority Report?

You’re being facetious, but in fact you’re spot on. Digital dust can be found in any number of sources, including commercial data, social media and facial recognition. Increasingly AI tools such as Natural Language Processing (NLP) and image recognition can be used to collect more data and stitch it together in an ever more sophisticated manner. The output can be used to drive marketing and sales in an increasingly targeted fashion.

True, there is cause for concern. In Gartner’s Top Strategic Technology Trends for 2021, research vice president Brian Burke said, “The IoB presents significant and pervasive social and ethical implications. Collecting data to influence behaviors has the potential to be a powerful tool, and its social reception might depend on just how heavy-handed organizations are with what they’re trying to do.”

Funnily enough, given the number of cars he’s wrecked on film sets, Mr Cruise might actually benefit from IoB. Burke gives an example: “While drivers may not object to having speed, braking and cornering tracked in exchange for lower insurance premiums, they might not be as receptive to law enforcement also being able to track that information. At the end of the day, the IoB must offer a mutual benefit to both parties or risk being rejected by consumers.”

Who will stop IoB being used against humanity?

While not perhaps as exciting as a tooled-up film star, the answer will probably lie in careful regulation about what data can be collected and how it can be used. These will inevitably vary from territory to territory, but the frameworks already exist to control this in many parts of the world. A vanguard example is the EU’s General Data Protection Regulation (GDPR) but similar bodies of legislation exist in many other countries and blocs.

Sounds good. Where do I sign up for IoB?

You’ll need to talk to the professionals about how to collect and monetise your own ‘digital dust’. But once you’ve plugged in the right AI tools, ensured compliance with operating territory laws and organised your strategy for following the data, prepare to see sales tick up. If reception calls to say Tom Cruise is in the lobby, you’ve probably done something wrong.