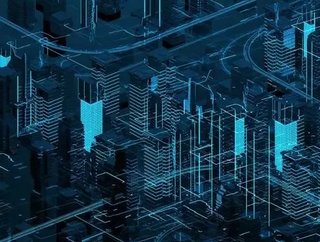 An average of 17 million people, equivalent to the population of the Netherlands, will lose their jobs to AI each year.

That’s according to the World Economic Forum’s Future of Jobs 2020 report, which estimates 85 million roles will be lost to the AI revolution in the next five years.

The paper, released as part of the WEF’s Jobs Reset Summit, says automation has been unexpectedly accelerated by Covid-19, which has forced many businesses to take a more proactive approach to digital transformation.

But the AI revolution will create 97 million new jobs, with roles in data, artificial intelligence, content creation and cloud computing, according to the report. Machines will focus on information and data processing, while human skills will be prized. By 2025, employers will have a 50:50 human-to-machine ratio among their employees.

Saadia Zahidi, managing director of the WEF said, “Covid-19 has accelerated the arrival of the future of work. Accelerating automation and the fallout from the Covid-19 recession has deepened existing inequalities across labour markets and reversed gains in employment made since the global financial crisis in 2007-2008.

“It’s a double disruption scenario that presents another hurdle for workers in this difficult time. The window of opportunity for proactive management of this change is closing fast. Businesses, governments and workers must plan to urgently work together to implement a new vision for the global workforce.

“In the future, we will see the most competitive businesses are the ones that have invested heavily in their human capital – the skills and competencies of their employees.”

Reskilling in AI and data

Nearly half of the workers who keep their jobs will need to retrain, the report suggests. And two-thirds of employers surveyed said they would expect a return on investment in upskilling and reskilling staff.

Jeff Maggioncalda, chief executive officer of Coursera, an online training platform and partner organisation on the report, said the pandemic had disproportionately affected low-skilled workers. “The recovery must include a coordinated reskilling effort by institutions to provide accessible and job-relevant learning that individuals can take from anywhere in order to return to the workforce,” he said.

Karin Kimbrough, chief economist at LinkedIn, said, “As we think about ways to upskill or transition large populations of the workforce who are out of work as a result of COVID-19 into new, more future-proofed jobs, these new insights into career transitions and the skills required to make them have huge potential for leaders in the public and the private sector alike.

“Our research reveals the majority of transitions into jobs of tomorrow come from non-emerging jobs, proving that many of these jobs are more accessible than workers might think. If we can help individuals, and the leaders who are directing workforce funding and investment, identify the small clusters of skills that would have an outsized impact on opening up more sustainable career paths, we can make a real difference in addressing the unprecedented levels of unemployment that we're seeing globally.”

The report also suggests a shift towards multiple careers, what Hamoon Ekhtiari, CEO of FutureFit AI, calls a “higher frequency of career transitions”.

"The pandemic has accelerated many of the trends around the future of work, dramatically shrinking the window of opportunity to reskill and transition workers into future-fit jobs,” he said. “No matter what prediction you believe about jobs and skills, what is bound to be true is heightened intensity and higher frequency of career transitions especially for those already most vulnerable and marginalised.”

The Future of Jobs report is in its third edition. 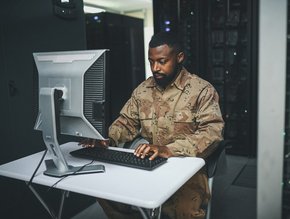