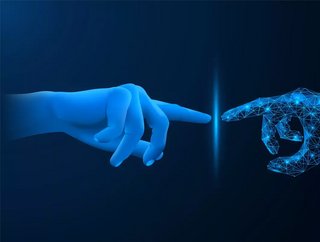 We look at the Distributed Artificial Intelligence Research Institute (DAIR), which believes AI can be inclusive technology that benefits communities

DAIR is an 'independent, community-rooted institute set to counter Big Tech’s pervasive influence on the research, development and deployment of AI'.

Gebru believes that the harms embedded in AI technology are preventable and that when its production and deployment include diverse perspectives and deliberate processes, it can be put to work for people, rather than against them. With DAIR, Gebru aims to create an environment that is independent from the structures and systems that incentivise profit over ethics and individual well-being.

Issues around ethical AI have gathered more attention over the past several years. During the pandemic, many organisations accelerated their digital transformations, including investments in AI. Forrester Research predicts that the market for responsible AI solutions will double in 2022.

The institute aims to communicate its work in forms that are accessible and useful to members of impacted communities, rather than purely based on research papers accessible to a select few.

“AI needs to be brought back down to earth,” said Gebru, founder of DAIR. “It has been elevated to a superhuman level that leads us to believe it is both inevitable and beyond our control. When AI research, development and deployment is rooted in people and communities from the start, we can get in front of these harms and create a future that values equity and humanity.”

AI is not inevitable, its harms are preventable

DAIR is currently a project of nonprofit Code for Science and Society but will later incorporate as a nonprofit in its own right, Gebru says. Her project has received grants totaling more than $3 million from the Ford, MacArthur, Rockefeller, and Open Society foundations, as well as the Kapor Center.

“As we continue to witness, when technology is created and deployed irresponsibly it can exacerbate systems of bias and discrimination with shocking speed and effect," said Darren Walker, president of the Ford Foundation. "The work of independent researchers is pivotal to ensure technology meets its potential to challenge inequality, foster inclusivity, and generate opportunity. Timnit Gebru's launch and leadership of DAIR will advance the field of public interest technology and ensure the movement toward ethical AI not only considers but prioritises the voices of impacted communities around the globe.”