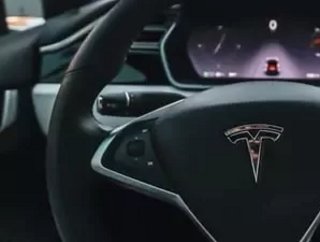 Two Democratic senators have asked the Federal Trade Commission to investigate Tesla over the company’s advertising of its Autopilot and Full Self-Driving, or FSD, technology.

In today’s letter, Senators Richard Blumenthal of Connecticut and Ed Markey of Massachusetts asked the FTC Chair, Lina Khan, to probe Tesla for “potentially deceptive and unfair practices” in how it marketed those technologies.

The letter comes just two days after the National Highway Traffic Safety Administration opened a formal investigation into Tesla’s Autopilot system. The NHTSA said in public documents that since 2018, it has identified 11 crashes involving a Tesla with Autopilot engaged, striking at least one vehicle at a first-responder site. The technology is a limited self-driving feature that still requires human operation from behind the driving wheel.

The senators claim that Tesla’s marketing messages may not be fully representing Autopilot and FSD’s actual capabilities.

They wrote: “We fear that Tesla’s Autopilot and FSD features are not as mature and reliable as the company pitches to the public,” and pointed to comments from CEO Elon Musk, as well as a 2019 YouTube video entitled “Full Self-Driving” and which also has a link to Tesla’s site.

The senators added: “Tesla drivers listen to these claims and believe their vehicles are equipped to drive themselves — with potentially deadly consequences”.

They also added that Tesla’s “Full Self-Driving” software, which Tesla released in a beta version this year, is actually not fully autonomous, as the name implies. They said that Musk’s “tepid precautions tucked away on social media are no excuse for misleading drivers and endangering the lives of everyone on the road.”

“Tesla and Mr. Musk’s repeated overstatements of their vehicle’s capabilities — despite clear and frequent warnings — demonstrate a deeply concerning disregard for the safety of those on the road and require real accountability,” they wrote.

And added: “Their claims put Tesla drivers — and all of the travelling public — at risk of serious injury or death. In light of these concerns, we urge you to swiftly open an investigation into Tesla’s repeated and overstated claims about their Autopilot and Full Self-Driving features and take appropriate enforcement action to prevent further injury or death as a result of any Tesla feature.”

Tesla was not available to comment at the time. An FTC spokesperson confirmed the agency received the letter but declined to comment further.

Tesla shares were up more than 3% this morning.