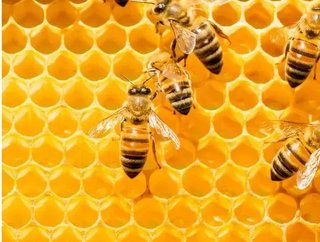 Opteran, a UK-based spin-out, will use the money to put “600 million years of evolution on to silicon” as it pursues insect-inspired natural intelli...

Opteran, a company based in Sheffield, UK, has secured £2.1 million in seed funding to further its plans to put “600 million years of evolution on to silicon”.

The research firm calls its lightweight, silicon-based AI ‘natural intelligence’ because it is inspired by insect learning. It believes its technology “will significantly expand the potential addressable market for autonomy in machines and robotics”.

Opteran: why use insects for AI?

Project leads Prof James Marshall and Dr Alex Cope spent eight years studying insect brains as part of their research at the University of Sheffield. Opteran is a spin-out from that work. The pair noted that while insects have small brains, they are capable of sophisticated decision making and navigation using optic flow to perceive depth and distance.

The company said in a statement: “This is a far more efficient, robust and transparent way to achieve autonomy than current Deep Learning techniques enabling Opteran to reverse-engineer insect brains to produce algorithms requiring no data centre or extensive pre-training. It means Opteran can mimic tasks such as seeing, sensing objects, obstacle avoidance, navigation and decision making.”

The team was able to demonstate a drone weighing less than a stick of butter (250g) with complete autonomy using a single low-resolution (less than 10MP) panoramic camera.

The robotics market is expected to grow to $77 billion by 2022, according to Technavio. Opteran hopes to exploit this with a developer kit called ODK) which will allow its technology to be integrated into third-party robotics. The ODK weighs less than 30g and draws less than one watt of power.

The company said: “Opteran’s technology will transform the use case for a wide variety of autonomous vehicles, drones, mining robots and even off-planet vehicles, as it will enable real-time autonomous decision-making.”

Over the next year and a half, Opteran hopes to build functionality of the algorithms and chipsets, and launch several products: Opteran Sense will help with reactive navigation and obstacle avoidance; Opteran Direct for simultaneous localisation and mapping (SLAM); Opteran Decide for autonomous decision-making; and Opteran See, a 360-degree camera. It also hopes to expand both its engineering and commercial teams.

The £2.1 million seed funding round was led by IQ Capital with Episode1, Join and Seraphim Capital.