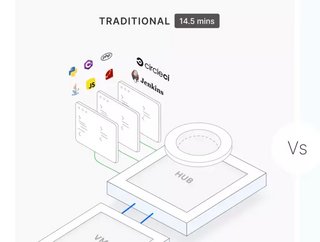 LamdbaTest’s new cloud-based website and web app testing platform, HyperTest, is up to 70% faster than any other traditional test execution platform

This announcement comes at a time when digital businesses are launching products and features at breakneck speeds and looking to outsmart competitors. To do this effectively, these businesses must test the code before it’s released to the audience.

As an open-source project that supports web browser automation, Selenium allows developers and QA analysts in organisations to automate their testing. Saving them more time than if this testing was done manually.

“HyperTest runs as fast as an in-house Selenium installation and is up to 70% faster than other traditional cloud test execution platforms. We are excited for the world to try out HyperTest and experience test execution at never-before-seen speed. It also comes with a lot of smart features that ensures ease of test execution,” he continued.

Khan founded the company in 2017 with Jay Singh, who holds the position of COO at the company.

Due to lots of network hops that occur during each test, existing automation testing platforms are inherently slow.

In the traditional approach, triggered test scenarios are first sent to the Selenium hub, which in turn are scheduled to run on the best-suited Selenium node.

As a result, there is unnecessary latency as many network components are involved in the entire process. Adding to this, multiple network hops with separated components cause increased test flakiness, a factor that is the biggest hindrance to time to market.

To overcome these issues, HyperTest unifies all the components into a single execution environment that eliminates these network hops to reduce test execution times. With this time saved, businesses can not only test code at a faster pace but also fix issues.

These benefits also result in an accelerated time to market.

The software is available across Windows, Mac, and Linux.