How IBM Watson became a popular AI tool for business 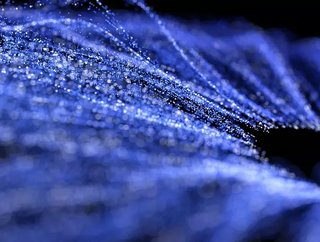 AI Magazine looks back to see how IBM's artificial intelligence portfolio of tools, Watson, was created

Today, Watson is IBM’s portfolio of business-ready tools, applications and solutions. It has the number one ranking in IDC’s AI Market for 2021 AI Software Platforms.

Developed from 2004 to 2011, IBM originally created Watson to beat the best humans at the television game show, Jeopardy!.

Here, we look at the development of this impressive portfolio to learn how it became what it is today.

The drive to develop Watson

In 2004, Charles Lickel, an IBM Research Manager at the time, came up with the idea of creating software that could beat a human in the game Jeaopardy!.

This game involved using complex behaviours such as language to teach a computer how to beat this game. IBM was able to identify ways to commercialise this technology and bring it to businesses.

The beginnings of Watson

After its initial development, IBM ran its first tests on Watson and compared its results against the current competition. Watson was far below what was necessary to compete live. Not only did it only respond correctly 15% of the time, compared to 95% for other programs, but Watson was slower.

More developments to perfect the software

IBM staffed a team of 15 and gave a three to five-year time frame to perfect this new software. This time was essential as the game proved hard for Watson because language was a difficult concept for computers to grasp. By 2010, Watson was successfully winning against Jeopardy! contestants.

Following its success with Jeopardy!, it was reported that IBM started to work with other companies to create apps embedded with Watson technology. Later, the company announced in 2013 it would make Watson's API available to software application providers, enabling them to build apps and services that are embedded in Watson's capabilities.

With its impressive speed of memory and an algorithm that can employ different techniques to learn has made Watson a leader in AI computing. It has come a long way from beating humans at Jeopardy! and is now used by 70% of global banking institutions. It also has over 100 million users and 13 of the top 14 systems integrators use Watson.