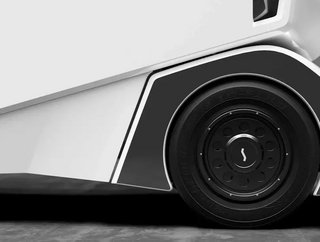 The company intends to debut the next generation of its technology in a live stream at 16:00 CEST today, with its level 4 autonomous trucks (thanks to Nvidia self-driving software) being offered to customers worldwide.

The holy grail of autonomous automotives is the achievement of fully autonomous vehicles ranked level 5 on the Society of Automotive Engineers (SAE) Levels of Driving Automation Standard, meaning they are able to operate in all conditions without human interaction. Commercial offerings typically falling into levels 2 and 3. Level 2 denotes a vehicle with automated steering and acceleration features, such as stay-in-lane and self-parking, while level 3 is indicative of a vehicle capable of detecting the environment surrounding it to, for instance, overtake other vehicles.

The company recently received investment to the tune of $10mn from lead investor Norrsken Foundation, alongside NordicNinja VC, Ericsson Ventures and EQT Ventures.

In a press release, Robert Falck, CEO of Einride, said: “There is both a lot of excitement and a lot of uncertainty about autonomous trucking, but the fact remains: this is one of the largest business opportunities in the history of mankind. We have a unique opportunity to make transport both exponentially safer and more sustainable. It’s something the vast majority of us want, but many are unsure of how to get there and resort to half-measures. We expect to see the autonomous transport industry expand exponentially in the coming years, especially in the wake of a global pandemic.”

The development represents more positive news for the industry, with fellow alternative energy truck constructor Nikola has encountered a series of difficulties following the emergence that a demonstration model was simply rolling downhill rather than being powered by hydrogen as claimed. With fraud allegations flying, founder Trevor Milton eventually stepped down.